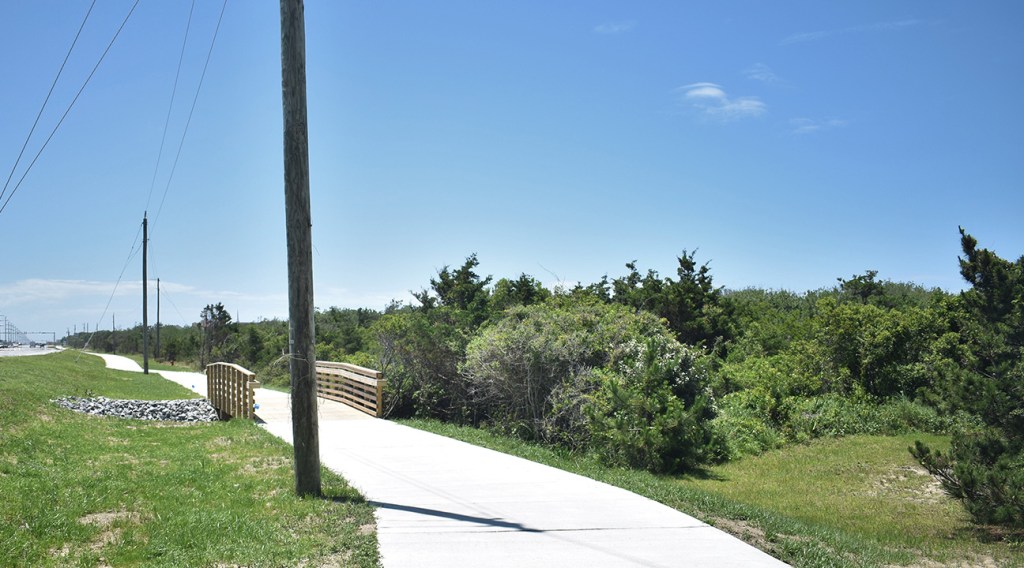 Planning Board members for the Town of Nags Head met via Zoom on June 16 to review a revised preliminary plat for the 17-building subdivision known as Coastal Villas.

The intended subdivision is set to be located on the west side of US 158, approximately 300-ft. south of the intersection of W. Soundside Road and US 158. Coastal Villas is considered a major subdivision, spanning roughly 11 acres, and is owned by Nags Head Construction.

The Planning Board had reviewed the plat in April and motioned to approve, but had some concerns regarding safety. This was due to the possibility of two additional curb cuts on US 158.

Board member Gary Ferguson had also questioned what had led to the creation of the property subject to the preliminary plat. Staff determined that the parcel was not properly subdivided in 2004 and there is no record of the final plat.

Due to this, Nags Head Construction revised the plat to include an additional 1.03 acres and reestablish the lot as part of the proposed subdivision. 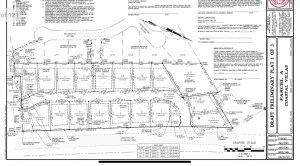 In addition, planning director Michael Zehner noted that there would be only one access from US 158, connecting Coastal Villas to the highway. After having received verbal confirmation from the North Carolina Department of Transportation that a single connection would be acceptable, Zehner’s only other concern was the name of the road.

The proposed street name for this new subdivision is “Coastal Breeze Way,” which Zehner found very similar to a street name the neighboring community of South Ridge, “W. Breeze Way.”

Cathleen Saunders with Quible and Associates voiced that the applicant was willing to come up with alternative names for the road after local fire and police officers had commented that the name could pose a problem in the future.

With the revised preliminary plat on the table, the board agreed the plan was sound. Vice Chair Kristi Wright motioned to approve the plan and a unanimous vote carried it through.

The board then moved to a possible text amendment, which would permit the use of “Real Estate Rental Management Facility” as a conditional use within the C-2 general commercial district.

The amendment stemmed from Cahoon and Kasten Architects, PC, which was looking to make use of an existing structure located at 205 East Baltic St. (His Dream Center), which is currently situated within the C-2 district. Cahoon and Kasten submitted the amendment on behalf of Sumit Gupta with Legacy Home Services Inc.

After hearing from Gupta and Mark Kasten, the board debated whether the use would fit in the C-2 district, which Zehner described as a “residential” zone with “customer-oriented” structures, like retail and restaurants.

They found use to be more warehouse-like and Ferguson felt like that was “a great fit, it’s just in the wrong location.”

Gwinn agreed: “I don’t think that it’s enhancing or benefiting the community around it, and ultimately this may have a negative impact on home values surrounding the building.”

With the board on his side, Gwinn motioned to deny the text amendment and a unanimous vote removed the item from further consideration for the Planning Board.

Chair Megan Vaughn then took the lead in approving the hazard mitigation plan and tabling a decision on the regulation of events within residential dwelling units. For both, all other members supported her decisions.

Vaughn also felt there was no need to further discuss large occupancy homes. The item found its way to the Nags Head agenda after recent decisions on the topic in Kill Devil Hills.

“I’m not sure that there is any action necessary or even available to us at this time,” Vaughn said, referring to larger homes. “I don’t see a recommendation that makes sense for us as a planning board.”

A discussion on residential stormwater regulations was the last major order of business the board had to tackle.

Coming down from the Board of Commissioners, the discussion focused on improving education and availability of resources on the topic, as well as enhancing ordinance incentives for “preferred outcomes.”

“I think a lot of people . . . are willing and ready to do something and feel like there is an issue,” said engineering technician Kate Jones. When it comes to cost, Jones said she realizes it’s an issue for many and wanted to work to reducing it.

All members were in agreement that education was a top priority when it comes to stormwater in the town. “The education is critical,” Gwinn said.

Vaughn gave Zehner the board’s blessing in moving forward with education and incentive efforts. “Soldier on,” she said.