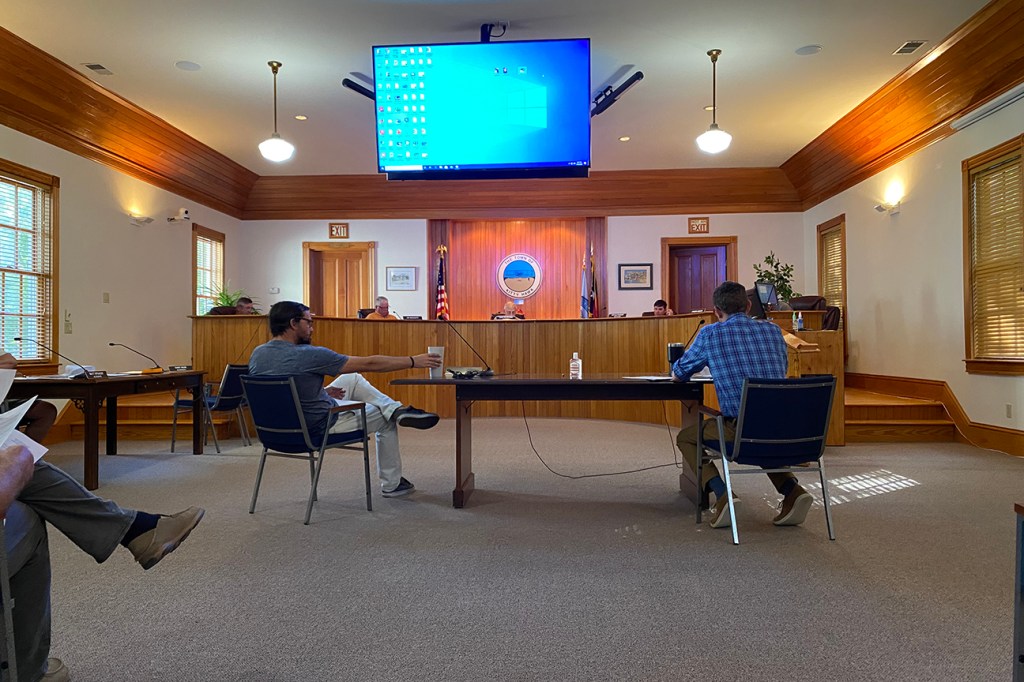 On July 16, the Kitty Hawk Planning Board unanimously approved a text amendment changing the way the town measures the 35-ft. height maximum from original grade to measuring 35-ft. from finished grade.

Rob Testerman, director of planning and inspections, led the discussion on the proposal from applicant Jay Overton with Albemarle & Associates Ltd.

Testerman explained that the first change would come to the definition of “ground elevation,” which would be defined as “the mean elevation of the final grade (as opposed to undisturbed land) computed at the perimeter of the proposed building’s foundation or piling location.”

“Currently when an application comes in for a new home, they are required to show the original grade four corners of the proposed house and take an average of those four shots and measure building height 35-ft from there. This proposal would change that to be 35ft. from finish grade,” said Testerman.

In March, Kitty Hawk adopted new flood insurance rate maps and a new flood damage prevention ordinance. Testerman noted that portions of that ordinance have had some “unanticipated affects” on building height.

The new ordinance uses the bottom of the lowest floor of inhabitable living space as the reference level as opposed to the top of the bottom floor, as it was previously. The bottom floor system must be elevated to or above the regulatory flood protection elevation (RFPE), so this “effectively reduced the functional building height by at least a foot,” explained Testerman.

This greatly affected several districts, especially those parcels that lie in the “AO” flood district. Regardless of ground elevation, the RFPE must be 3-ft. from the highest adjacent grade of the structure in the AO zone. This put the bottom floor 4-ft. above to meet the reference level. Although the RFPE was pushed up, the maximum building height from original grade remained the same, “resulting in a reduced functional building height,” Testerman said.

Testerman explained that although various applications in the past asking to increase building height have been denied, the difference with this request is that the ordinance ultimately impacts the ability to fit houses between the RFPE and maximum building height.

The director of planning noted that previously, increased building height requests were denied because Kitty Hawk has found 35-ft. to be the appropriate maximum building height for the town. However, as Chairman John Richeson noted, “35-ft is 35-ft, it’s not changing the height, it’s basically where you start from.”

In terms of fill, Testerman shared that for every foot of fill brought onto a lot, there is effectively a foot of loss of useable building height. He conveyed that with approval of this proposal, buildings would be able to be elevated to a point where flooding impacts are reduced.

Overton noted that the proposal would introduce parameters that had not existed before: “Right now, if someone wanted to put 8-ft. of fill, nothing precludes them from doing it.” The proposal adds language that states: “Fill shall not be permitted to exceed the established RFPE, the fill height required by the Dare County Environmental Health Department for septic purposes, or 6 inches above the adjacent road surface, whichever is highest.”

“We want you to build your house and allow property owners to maintain the same building height they they’ve had,” Overton added.

Following Overton’s comments, board member Jim Geraghty motioned to approve the text amendment as presented. All were in favor; the motion carried 6-0.