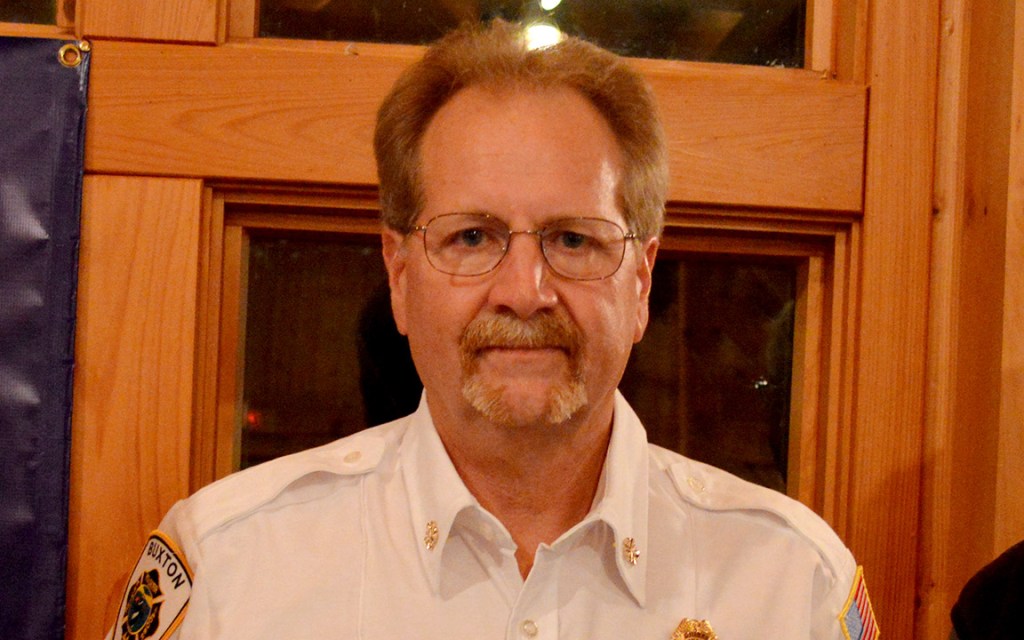 “In his four decades as Fire Chief he has done an unparalleled job of evolving with the fire service.

“From the days of tall boots, long coats, and nose to the floor firefighting to current standards and technologies, Chief Perry has never stopped learning. He is constantly researching the current trends and techniques. His ability to see through the popular and bring what truly works to his department is invaluable. Examples of his research and leadership are seen in Buxton’s new state-of-the-art fire station.

“Chief Perry’s focus on training, with emphasis on basics and techniques, has given him and his department a reputation as a no nonsense, skillful firefighting machine. This is shown in the way his department responds and the job they do.

“His ability to command the scene and always be steps ahead makes him widely respected. His arrival at an emergency incident puts other chiefs and the community at ease.

“He has mentored numerous members as they directed their focus to careers in the service throughout.

“Chief Perry is a firefighter’s Chief. He’s not focused on bugles, badges, or fancy uniforms. He’s gritty. His mindset is that of striving to be the best at the job, the fundamentals of firefighting and top-notch customer services.

“Chief Perry is what we all strive to be.”

This is the second major award bestowed on Chief Perry. In February 2020, he was named the 2020 Volunteer Fire Chief of the Year by North Carolina Association of Fire Chiefs.