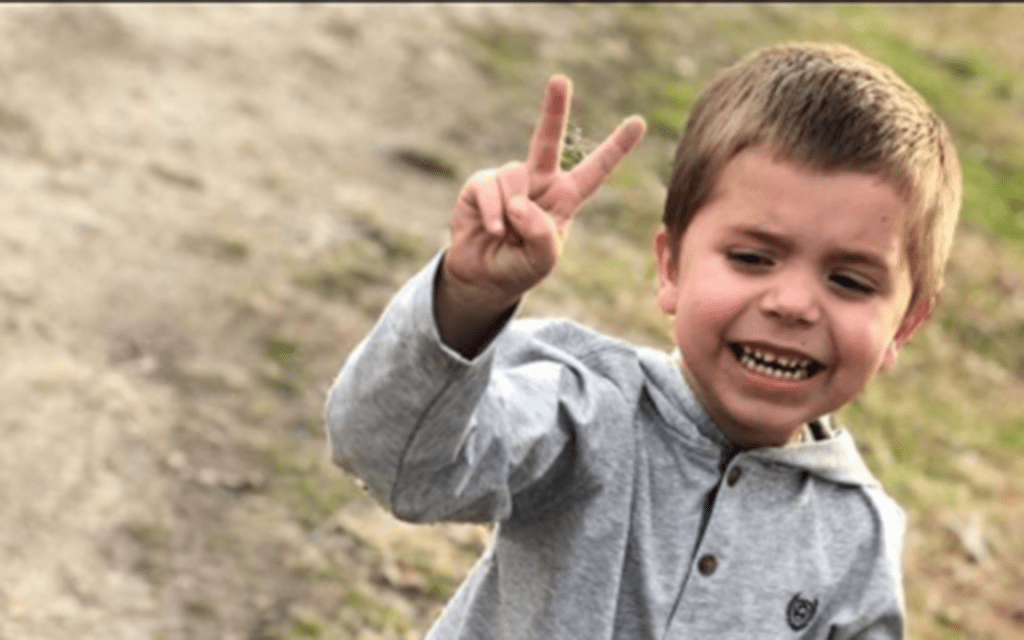 The North Carolina 5-year-old fatally shot while playing in his front yard carried a big smile and a big heart, the boy’s grandfather recalled at his funeral.

Merrill Race joined others at grandson Cannon Hinnant’s funeral Thursday night at Shingleton Funeral Home to mourn the boy killed as he rode his bike in the driveway of his family’s home Sunday, news outlets report.

“Cannon was the type of kid that was always polite, kind of laid back, but he was a beautiful little kid,” Race said, according to WRAL-TV.

Cannon’s father, Austin Hinnant, told The Wilson Times that the boy had been playing with his sisters outside when he heard a gunshot nearby. Hinnant said he rushed outside and found his son lying on the ground. When he scooped the boy into his arms, he realized his son had a gunshot wound to the head.

“That is why this is so horrific to me,” Hinnant said. “He was doing something he loved.”

Hinnant told the newspaper that he and Sessoms were friendly and he always checked in with Sessoms’ parents, who lived next door.

The night before the shooting, Hinnant was grilling chicken, saw Sessoms “sitting in his car, like he had a lot on his mind” and asked if he wanted to eat. The two shared a beer on the front porch, Hinant told the newspaper. He said he saw no foreshadowing of what was ahead.

“I have no idea why he did what he did,” Hinnant said. “It was literally out of nowhere. He puts a gun to my son’s head and shoots him.”

Hinnant said his family is grateful for the community’s support, but he’s been disturbed by social media posts that suggest race was a factor in Cannon’s death.

“This is no racial issue,” Austin Hinnant told The Wilson Times. Cannon was white and Sessoms is black.

“It didn’t matter what color, male or female, he just had that love and joy in his heart,” he said. “He loved everyone.”

Sessoms’ parents said they believe their son was on drugs and having hallucinations at the time of the shooting.

The Justice for Cannon GoFundMe account has raised over $575,000 as of Saturday morning.