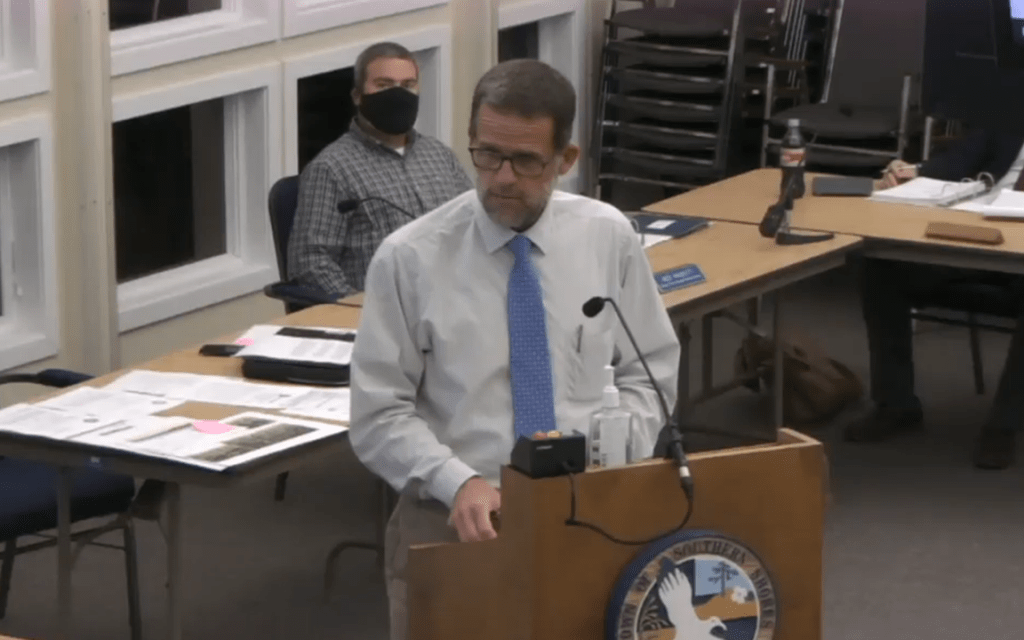 Meeting one day later than normal to avoid Tuesday’s election day activities, council members passed a resolution declaring the town’s intent to reimburse itself for any capital expenditures incurred in connection with a beach nourishment project.

“This is just a step in the process to ensure that we position ourselves to be able to reimburse the general fund for any funds we spend on beach nourishment,” said town manager Cliff Ogburn.

According to Ogburn, federal tax code allows Southern Shores to reimburse its general fund for fees and other costs associated with the beach nourishment project from the funds borrowed to pay for construction.

“So when we finally borrow the money,” he continued, “the project is paying for itself. The general fund isn’t paying for any portion of it.”

So far the permitting, design and monitoring costs, along with legal and financial planning fees, are estimated to have run $537,000.

As discussed at an October workshop, language was inserted to make it clear that the primary is for emergency purposes and the minimum unassigned fund balance was increased from $1.75 million to $3 million.

Three million dollars is generally 50 percent of the town’s annual operating budget and an amount expected to help ensure there is enough money to handle an emergency circumstance.

Other actions for the night included approving $8,000 for cemetery maintenance and minor repairs and naming Janis Lynn Collins as an alternate member on the town’s Planning Board with a term ending June 30, 2021. At the request of Dare County commissioners, Leo Holland, Elizabeth Morey and Jim Conners were selected to represent Southern Shores on the Dare County Tourism Board. County commissioners will make a selection from among those three.

With no public comments, the meeting was adjourned.