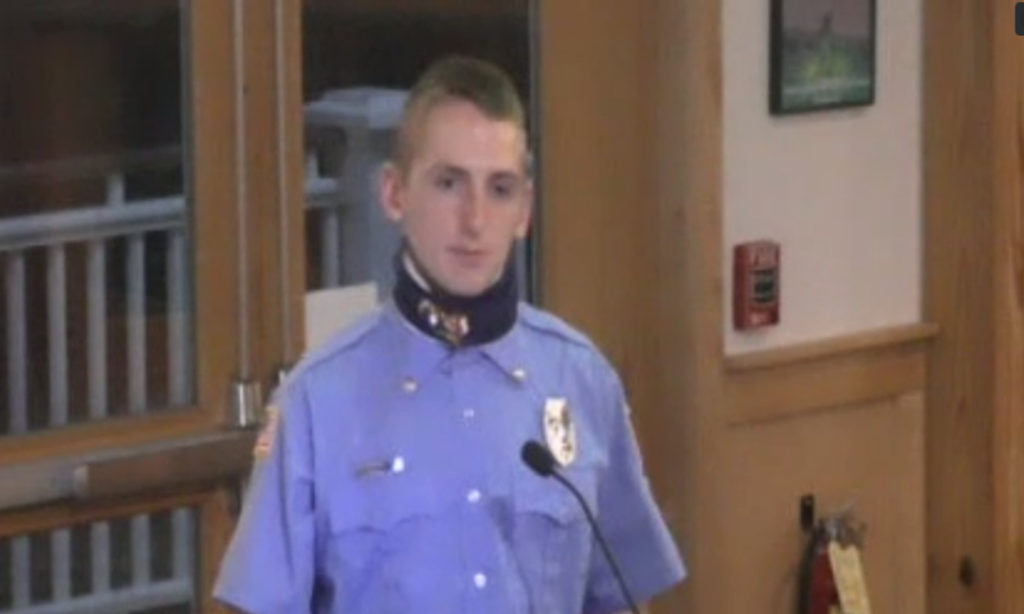 Among the first items for the night’s business was the introduction of Spencer Thomas as Duck Fire Department’s newest member.

According to Fire Chief Donna Black, Thomas is originally from Newport News, Va., has previous experience with Elizabeth City and started with Duck on January 4.

After a lengthy review of details, a request by John and Kristin Replogle for grading, fill and construction of a stone retaining wall in the 1100 block of Duck Road was given a green light, provided the wall is certified by an engineer, the area is properly stabilized and all permits are acquired.

In his presentation of the facts, interim town manager and community development director Joe Heard explained that the property has seen considerable soil erosion into the Currituck Sound. Instead of rebuilding an existing wooden retaining wall and deck, the Replogles would prefer to construct a stone retaining wall, replace the deck with a pervious raised patio and install a subsurface infiltration system to capture stormwater runoff.

The proposed project includes a higher retaining wall and more fill than staff is authorized to approve.

Rain garden and wetland development work on Town Park property was delayed when there were more questions than answers.

Although Caribbean Landscaping had by far the lowest of the four bids submitted at $8,123.54, the company did not submit references for similar type work. Coming in second was Emerald Forest of Chesapeake, Va., a company with considerable experience along with a much higher $14,100 bid.

Even though Emerald Forest has more experience, selecting Caribbean would provide a large chunk of money for other projects. A $2,000 grant through the Community Conservation Assistance Program managed by the Dare County Soil and Water Conservation District means Caribbean could do the work for half the Emerald Forest cost. It was also noted that Caribbean is currently contracted to maintain sidewalks landscaped areas throughout Duck Village.

However, while discussing the project, it was not clear if concrete was included in the Caribbean bid and since plantings will not be available until April, council agreed to have staff confirm the bid contents and report back in March.

Two other higher bids were received from Dragonfly Ponds ($17,105) and Whitehurst Sand Company ($22,600) and were not considered.

Also approved were an audit report and minutes from the December 2, December 4, December 10 and December 11 meetings.

The meeting ended with a closed session to discuss a financial matter.

More than just a resolution: The Mediterranean way of eating