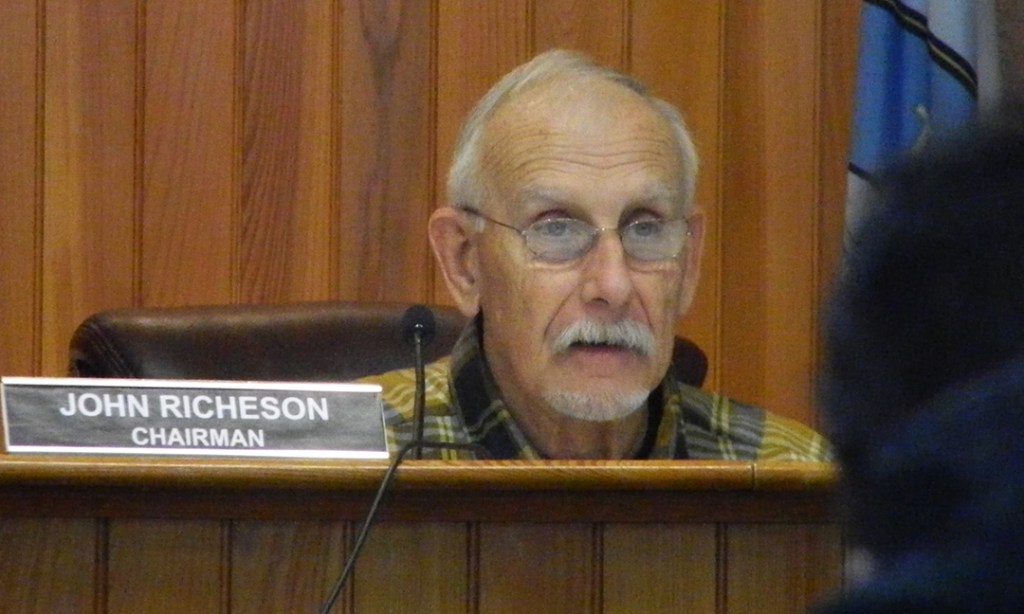 In response to recent calls of concern about the number and location of temporary signs, Kitty Hawk Planning Board members at their February 11 meeting looked at several recommended guideline changes.

Among the changes is a new paragraph in section 42-502 for Christmas tree sales, setting out allowable square foot limits and the number of temporary signs. That is followed by another new paragraph that specifically prohibits signs placed in the right-of-way.

Testerman added that the wording is repeated for the temporary sales of lawn and garden supplies for uniformity.

Section 18-11 also saw some changes for outdoor events and gatherings. The signage guidelines there have been expanded with similar language covering the allowable square foot limits for both single-vendor and multi-vendor events. Also included is a requirement that temporary signs not impede a site’s ingress or egress and that they be removed at the end of each day.

The vote recommending approval of the proposed text amendments passed unanimously with board members John Richeson, Bryan Parker, Chuck Heath, Dusty Rhoads and Jim Geraghty all voting in favor of the changes.

The second agenda item for the night involved a review of a new zoning ordinance chapter adopted by the North Carolina General Assembly in 2019.

According to Testerman, the new Chapter 160D consolidates into a single chapter a number of provisions previously spread throughout several city, county and North Carolina General Statutes. Already effective, local governments across the state have until July 1, 2021 to adopt the ordinance.

Tackling more than 120 pages of paperwork, the board quickly shuffled through a number of what Testerman said were required changes specific to Kitty Hawk. Coming later will be a review of development regulations that while recommended are not required to be incorporated into town regulations.

Among the primary impacts of 160D is that many of the included statutes are designed to be in a logical and coherent sequence which should make finding relevant provisions easier. There is also uniformity of terms, definitions and procedures for all North Carolina jurisdictions, both municipalities and counties. Previously, related statutes were divided into Chapter 153A for counties and Chapter 160A for towns and cities.

Other significant changes, aside from referencing 160D throughout the statutes, are notice requirements for amendments to Chapter 38, which deals with boundary lines, adds a new section on conflicts of interest, changes conditional use permits to now be special use permits, removes a requirement that mobile/manufactured homes be constructed after July 1994.

At the end of the review the board voted to recommend adoption, which was also by unanimous vote.

The next Planning Board meeting is set for 6 p.m. on Thursday, March 11.