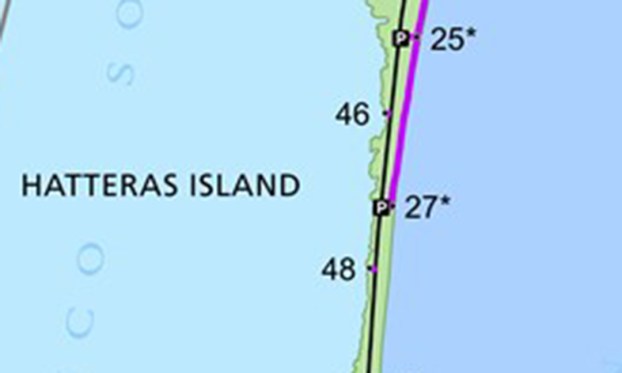 On April 9, a body was recovered from the beach less than a mile north of Ramp 27, between Salvo and Avon on Hatteras Island.

The body was identified by the National Park Service on Thursday, April 15, as Erik Mezick, 47, from Fruitland, Maryland.

On Dec. 29, Mezick was the driver of a box truck that crashed into the side of the Chesapeake Bay Bridge and went over the side into the water.

The state medical examiner in Greenville used dental records to confirm the identity.

The body traveled 120 miles in the Atlantic Ocean before being discovered and reported by a local beachcomber Friday, April 9.

Three Dare County employees were recognized with a service pin presentation at the Dare County Board of Commissioners meeting held on Wednesday,... read more