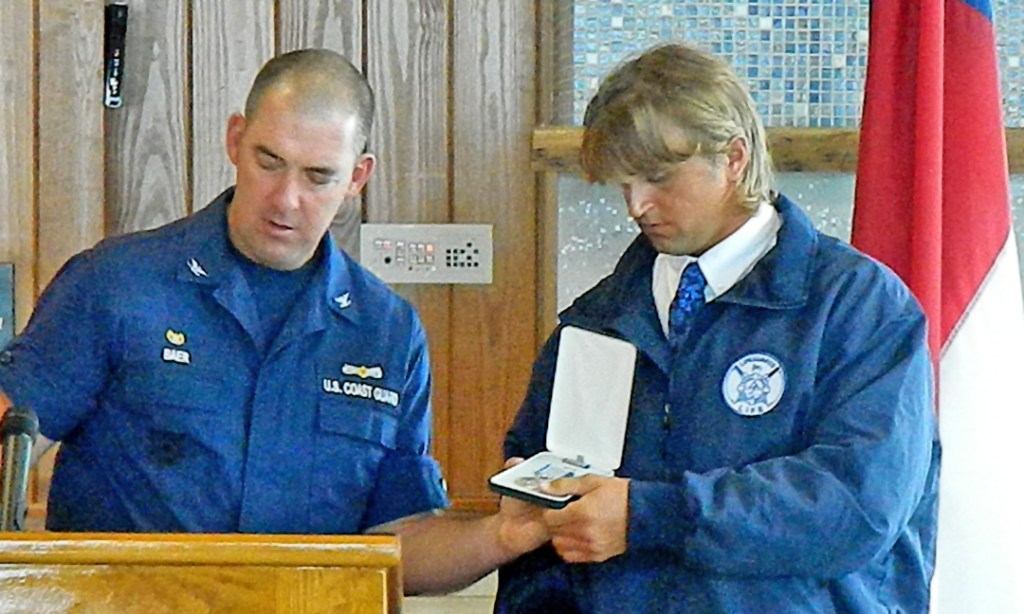 Awarded to an individual who performed or attempted an extreme and heroic rescue of any other person from drowning, shipwreck or other perils of U.S. waters, Fallon successfully rescued a swimmer in dire distress about 100 yards offshore near Jennette’s Pier September 20, 2019. 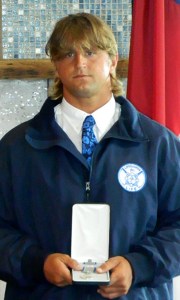 Fighting high surf and rip currents, Fallon brought the subject through the Jennette’s Pier pilings and safely back to shore. The rescue was captured by local photographer Cyndi Goetcheus Sarfan and made national news.

Authorized in 1946, the Silver Lifesaving Medal has its roots in the Lifesaving Medals originally created by Congress in 1874. The Commandant of the Coast Guard makes the final determination in authorizing the award.

US Coast Guard Captain Matt Baer made the June 4 medal presentation, one of only about 1,900 Silver Lifesaving Medals awarded since 1874.