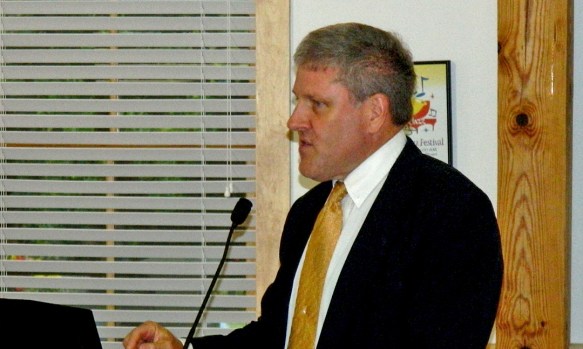 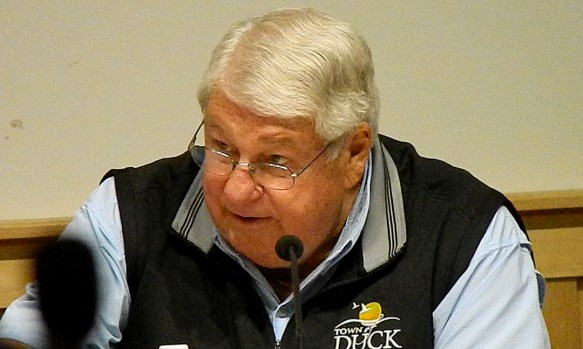 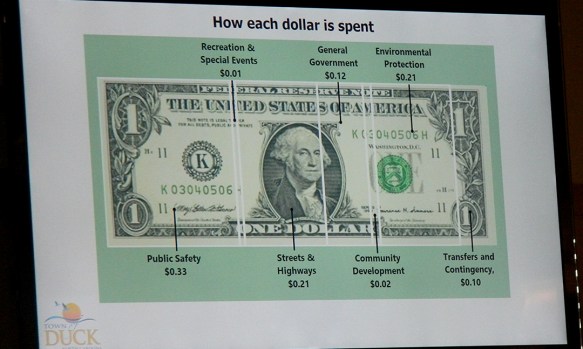 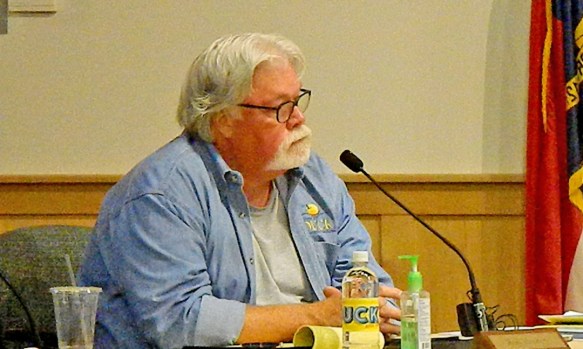 Duck Town Council members met June 2 for a regular session meeting and approved three ordinance changes, reappointed one Planning Board member and held a public hearing on a proposed budget for 2021-22.

After holding two public hearings on two related proposed ordinances, council approved what amounts to an overhaul of the town’s zoning and subdivision ordinances.

According to Joe Heard, director of community development, the changes were made law by the NC General Assembly back on July 11, 2019 and are the first major re-codification and modernization of municipal and county development regulations in several decades. The revision process consolidates a number of provisions previously spread throughout several areas of the North Carolina General Statutes into one single Chapter 160D.

Many of the changes, Heard explained, are relatively minor and related to definitions, and changes in terminology. While none of the new ordinances modify any town standards, they do consolidate county and municipal regulations, provide uniform terminology and procedures, standardize procedures and clarify all development reviews into one of three distinct decision types:
– Administrative: Objective regulations or enforcements which includes most permits and administrative decisions.
– Legislative: General policy decision to adopt, amend or repeal a law or ordinance. Includes text amendments and rezoning requests.
– Quasi-judicial: Subjective, discretionary decisions based on evidence presented at legal-style hearings with expert testimony regarding a specific application of a development regulation. Includes special use permits and variances.

To conform with the new statutory framework, every municipal and county government in the state are required to approve the changes by July 1, 2021.

A third public hearing led to amending a zoning ordinance to allow post-and-rail and post-and-rope structures at dune walkovers in the beach nourishment area.

According to Heard, that amendment is intended to provide individual homeowners and homeowner associations with a guide for construction of beach access improvements that provides reasonable and safe public access to the beach with minimum impact to the dune system. Beach access matting is already allowed, the newly approved structures over the top and down the eastern side of the primary dune are intended to provide greater physical support for people with limited mobility accessing the beach.

Heard went on to say the ordinance does require removal of any portion of a structure that extends eastward of the toe of the dune or would potentially interfere with a beach nourishment or dune maintenance project.

Havens explained that the $13,932,965 budget has a revenue neutral tax rate of $0.22, up slightly over the existing $0.1964 tax rate, with MSD tax rates remaining at $0.1296 for MSD-A and $0.285 for MSD-B. He then added that even with the increase, Duck will have the lowest tax rate in the county. The new budget does not include any use of reserves for operating costs.

Havens also explained that while Duck does not own any streets or highways, a budget item for work on NC12 is included with grant money projected to cover the bulk of those costs.

The draft budget as presented:

Council is expected to have a budget work session at the June 16 mid-month meeting.

Returning to an item deferred from the May 19 meeting, council looked at filling a Planning Board position that expired May 1.

At that May meeting, councilman Rob Mooney suggested staff advertise the position rather than simply reappoint Joe Blakaitis, who was board chair, to that position. Five applications came in including one from Blakaitis expressing his interest in being reappointed to the board.

Also up for consideration were Jay Blose, Bill Miossi and John Pucciano, who previously applied for positions and expressed an interest in having their applications considered again, along with David Flowers, a new applicant for the Planning Board position.

When the floor was open to nominations, Mooney offered Blose, adding that he was not knocking Blakaitis and his years in that position, but that he felt Blose was the most qualified. Councilman Sandy Whitman then nominated Blakaitis.

When the votes were tallied, Blakaitis prevailed 4-1 and Mooney voiced his disappointment in the outcome calling it a “business as usual” vote.

During and after the vote, however, several council members commented that it was a difficult decision to make. Nancy Caviness said volunteers are the heart of the town, adding that length of service should not be ignored and that there is value in having someone around with experience and background knowledge in the decisions made over the years.

In other business for the evening, council authorized Parker, Poe, Adams & Bernstein, LLP to serve as the bond counsel for the Town of Duck for beach nourishment financing, approved minutes from the April 21 meeting and voted for a budget amendment increasing the Governing Body Department budget by $15,000 with contingency budget money to cover unanticipated expenses related to recruiting and selecting a new town manager. Also approved was a $1,000 increase for the Finance Department budget by reducing the contingency budget $1,000 to pay Dare County for the billing and collection of property taxes.