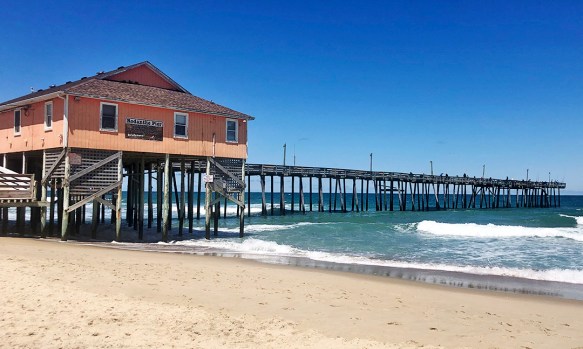 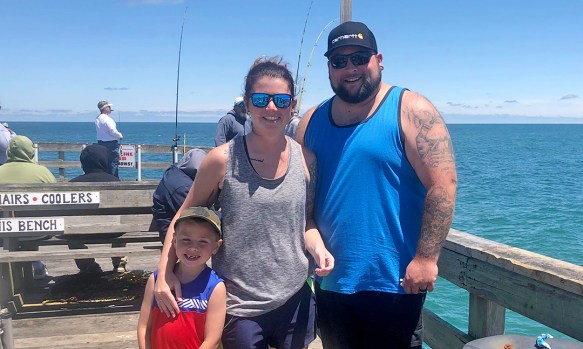 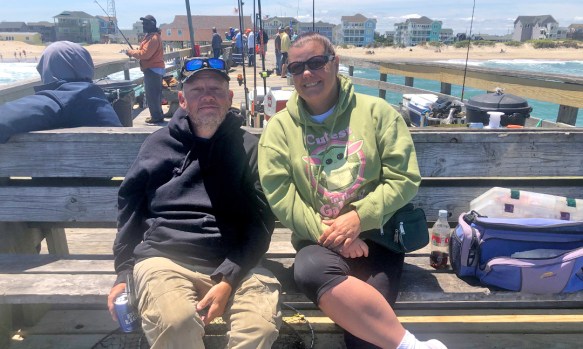 Jen and Rich Maize of Pittsburgh are waiting on Rodanthe Pier to hook a big one. Summer Stevens photo 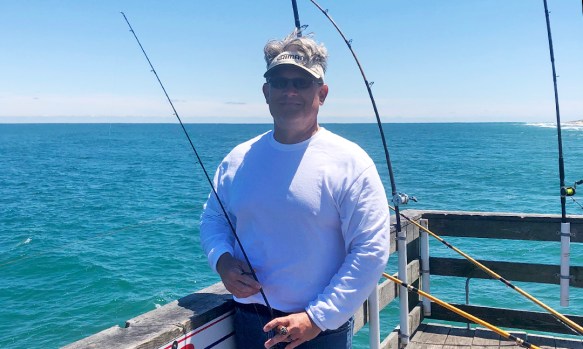 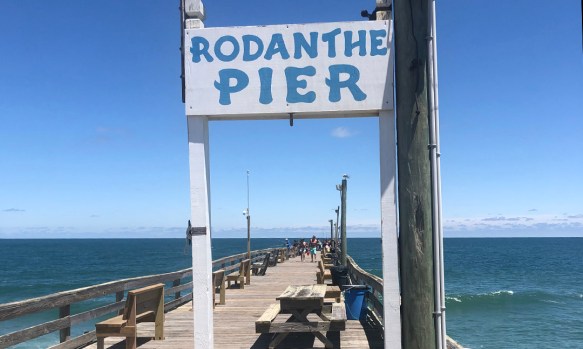 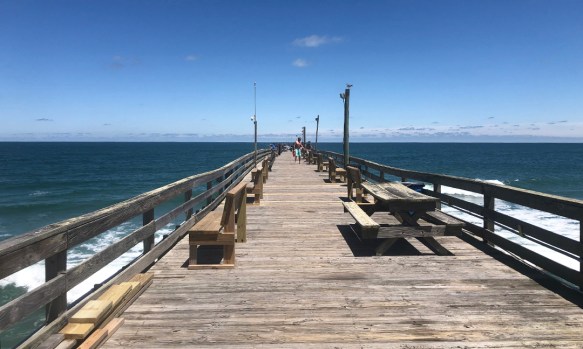 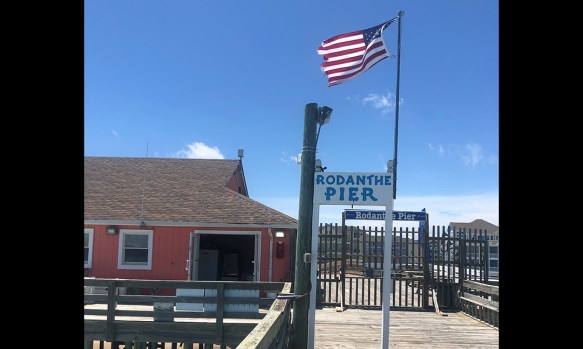 As you drive south from Nags Head toward Rodanthe, the body subconsciously exhales, slowly. The landscape moves away from the crowds, the traffic, the activity and it, too, has a little more space to breathe. The speed limit drops, but most people don’t notice anyway.

The Rodanthe Pier, with its salmon-colored pier house, sits at the end of a quiet street. Built in the 1960s, it, like other Outer Banks piers, has seen destruction and reconstruction. Once 1400 feet, the pier now stretches 500 feet into the Atlantic. “We do work on it every year,” said Jim Focht, who has worked at Rodanthe Pier for eight years. He helps to run the front counter, stocks supplies, offers rod repairs and builds custom rods. Last year, the ramp and several pilings were replaced.

The pier house offers all the essential fishing fare – cold drinks, t-shirts, bait and tackle, rods, ice cream bars – as well as a large game room with a variety of games and a few tables. www.Rodanthepierllc.com/webcam has a live rotating webcam so clear that it’s easy to imagine yourself standing on the wooden pier looking out at the surf.

The pier is open April through November, from 7 a.m. to 9 p.m. in the spring and 6 a.m. to midnight in the summer. Anglers can catch “just about anything” according to Focht – puppy, bluefish, cobia, sea mullet, trout, spot. Until 1985, Rodanthe Pier held the world record for the largest red drum (a whopping 90 pounds).

Owners Terry Plumblee and Scott Truesdale bring in live music on Tuesday and Thursday nights in the summertime.

But for most folks, they come out because it’s quiet.

Dennis Buchanan has been coming with his family to the Outer Banks from northeast Ohio for 25 years, though they keep moving farther south: “We used to go to Nags Head, then South Nags Head. We try to get away from the crowds.” This is his third year in Rodanthe. The only sound from the edge of pier is the whistling of the stretched line in the wind.

Jen and Rich Maize traveled from Pittsburgh, Pennsylvania for the peace and quiet and, of course, for the fishing. They usually fish for Spanish, bluefish or sea mullet. “I’m waiting for that big one,” Rich Maize said with a smile as he sat on the bench at the end of the pier. They have been coming to Rodanthe for 15 years. “I like to have room to breathe, it’s so quiet here,” Jen Maize said.

Rodanthe Pier also offers a sightseeing pass for visitors who want to stroll the pier. That’s what brought the Delmotte family, first time visitors from Martinsburg, West Virginia. “We’re just checking it out. The kids wanted to see what it’s all about,” Kyle Delmotte said. “There are some big fishing poles!” said her son Gage.

Daily, weekly and season passes are available for children, adults, couples and families. For more information, call 252-987-0030 or email RodanthePierLLC@gmail.com.