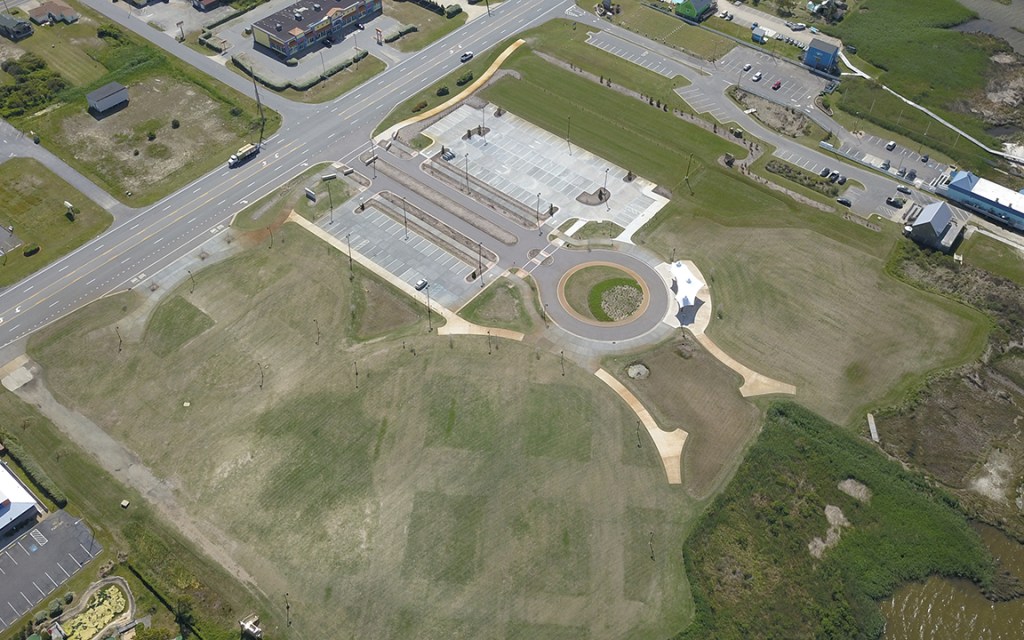 On Monday, June 7, Dare County Board of Commissioners refused to consent to a Tourism Board request.

Discussion centered on future use of the Event Site. Long-talked about is a convention center. Consultants say that a standalone center would run at a yearly deficit. Hooking the center to a hotel onsite would improve the financial outlook.

Commissioner Jim Tobin said he “would really like to see an approved plan” before Nags Head is paid back.

Commissioner Ervin Bateman motioned to approve the request. No second was offered and the motion failed.

Commissioner Steve House made a motion to table the request to the first meeting in August, 2021. The motion was seconded by Tobin. The vote was unanimous.

The message to the Tourism Board is to return to the commissioners with a plan for the Event Site.

The commissioners did approve a request from the Tourism Board to spend $18,500 dollars on design for remodeling the server room and marketing area of the bureau’s building.

– a conditional use permit for Outer Banks Gas and LP in East Lake,

– and a resolution modifying the permit for the county’s C&D landfill to accept debris from Hyde and Tyrrell counties and the Town of Columbia.

The commissioners announced last Wednesday that at their next meeting on June 21, they will consider an asset purchase agreement for the sale of Dare Home Health and Hospice to BrightSpring. The agreement provides for a sale price of $2,900,000 less the $290,000 earnest money already provided and less the retention pay to employees provided by Dare County.

During commissioner comments, Bateman reported on the death of two young people due to drug overdoses. One death came because of a drug laced with fentanyl. Bateman stressed that those fighting addiction can get help in Dare County.

Finance director David Clawson reported that the county has $7.182 million in American Rescue Plan funding, which must be obligated by Dec. 31, 2024.

County manager Robert L.Outten told the commissioners the board must make a decision “pretty soon.” He mentioned items already discussed such as projects addressing stormwater, affordable housing and broadband service. The process of project selection can go through the Capital Improvements Plan committee, commented Outten.

During public comment, Amanda Lotus addressed Agenda 2030 or the Great Reset. She urged the commissioner to “formulate actions and regulations that deflect infringement on the rights and liberties of Dare County residents.”

Rosa Alice Mayo pointed out the vulnerable section of NC 12 between Frisco and Hatteras and asked what plans are in place if another breach occurs. She also said “Hatteras Inlet is a mess.”

Board Chairman Robert L. Woodard responded that he had set up a task force with representatives from NCDOT, the National Park Service, U.S. Fish and Wildlife and Dare and Ocracoke counties to study six hot spots on NC 12.

– Susan Gray and Joe Kierskowski as trustees of the Rodanthe-Waves-Salvo Community Building.

– Jacqueline Ricks-Sample (Kill Devil Hills) and Lynne McClean (Kitty Hawk) to the Land Transfer Tax Appeals Board. The board appointed Rob Rollason. The Town of Manteo commissioners need to make a recommendation as June Neri has moved out of the area.

– The board approved a three-party right-of-way encroachment agreement for a water line extension for Old Wharf Estates in Wanchese.

– The board approved signing two financial assistance agreements with the North Carolina Department of Environmental Quality for two separate grants to the county to complete sediment testing of the beaches at Hatteras and Avon/Buxton. The grant for Hatteras testing totals $11,815, and the grant for Avon/Buxton totals $15,000. The grants will pay for all of the costs of a professional contractor to complete the testing under two separate contracts. The board also approved an accompanying budget amendment.

– The commissioners approved a Social Services request to purchase Northwoods Traverse software for use in the Adult Services and Family Services units.