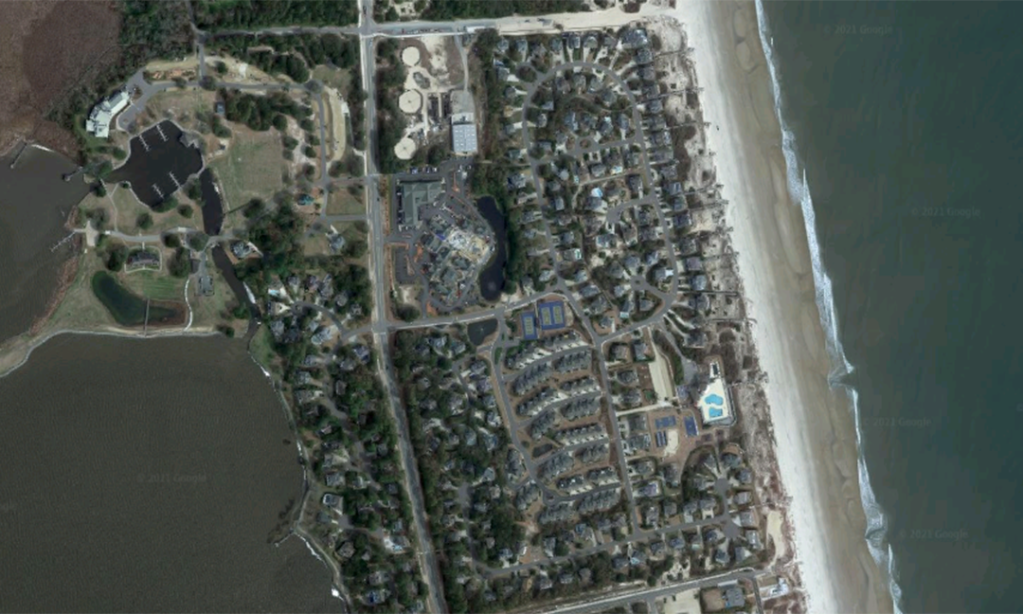 The area of Franklyn Street in Corolla. Google Maps image

A child died over the weekend after he became stuck in the doors of a Corolla vacation rental home elevator, according to Currituck Fire-EMS officials.

First responders were dispatched Sunday evening, July 11, to the 1100 block of Franklyn Street in the Corolla Light neighborhood to assist a child trapped inside an elevator. On arrival, crews found a 7-year-old boy trapped between the elevator car and the elevator shaft, said Currituck County Fire-EMS Chief Ralph Melton.

According to Melton, the boy, here on vacation with family from Canton, Ohio, could not be resuscitated and was pronounced dead at the scene.

“We are not sure exactly how it happened,” said Melton. “The child was entrapped in the doors. We were able to free him, but his head and neck were crushed by the elevator and he died as a result of traumatic injuries sustained in the elevator mishap Sunday night.”

The N.C. Department of Labor is responsible for commercial and public building elevator inspections. Currently, private residence elevators are not regulated.

Responding to the Corolla incident were Currituck Fire and EMS, Corolla Volunteer Fire and Rescue, Currituck Sheriff’s Office and the county medical examiner.

The incident was ruled accidental. No other information about the accident has been released.