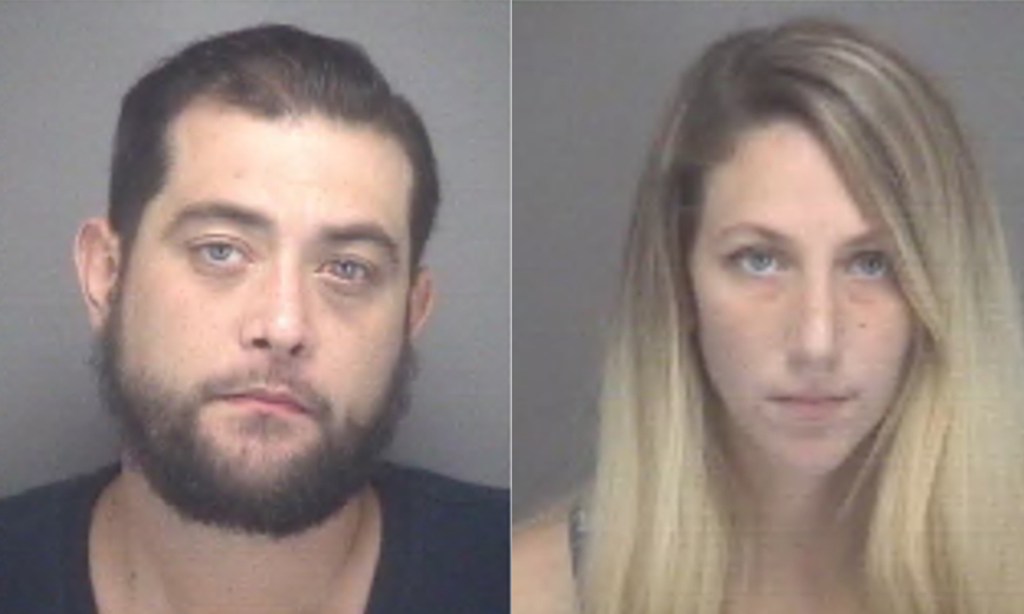 “A witness described a black pickup truck with a male driver operating in the area who had fired a gun in the air,” stated a KDHPD press release. “Officers stopped the vehicle a short time later in the area of 2nd Street. The driver of the vehicle was Daniel Charles Duke II, 36, of Camden, NC and there were two passengers in the vehicle.”

Nags Head Police K-9 “Bak” alerted on the vehicle and a subsequent search resulted in the discovery of cocaine, psilocybin mushrooms and a Smith and Wesson 9 mm handgun, according to KDHPD.

Duke was determined to be impaired and was ultimately arrested for DWI, cocaine possession and driving while license revoked and additional charges are pending, stated the release.

Passenger Nicole Mullens was charged with possession of a schedule I controlled substance and carrying a concealed weapon after consuming alcohol (GS 14-415.11(c2).

“Mr. Duke was the suspect in a prior weapons violation incident investigated by this agency and which were reported to the public in a press release on January 25th, 2021,” stated the release.

KHDPD expressed thanks for the assistance of surrounding agencies.