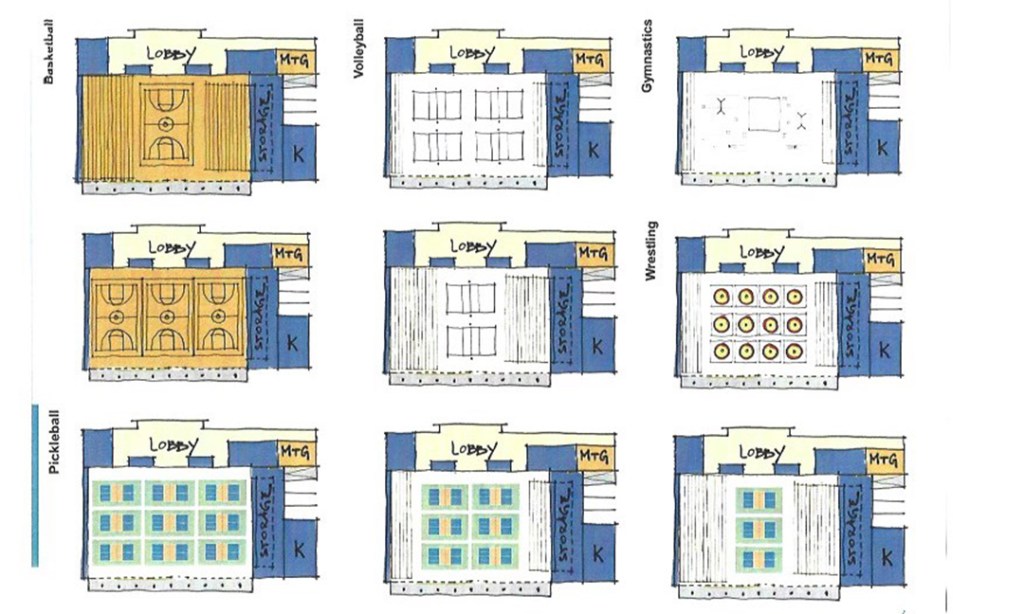 The Dare County Tourism Board called a special meeting to order on Thursday, July 15 for the discussion of one main agenda item regarding a conceptual event center proposal for the Soundside Event Site in Nags Head.

Lee Nettles, executive director at Outer Banks Visitors Bureau, led the members through a lengthy discussion involving the advisory board’s newest concept for the site they have been working to improve since 2019. The board worked with Johnson Consulting to draft a market/site feasibility and economic impact study that was presented in short at the meeting.

The proposal for this concept, which is in no way a formal or final plan for the site, involved a $17.6 million, 48,000 square foot flexible-space event center designed to accommodate sporting events, concerts, banquets, small tradeshows, meetings and other functions. Anticipated capacity for said events was proposed to amount to anywhere between 300-2,500 people.

Comparable to the size of Publix in Kill Devil Hills, Nettles explained that this concept space would mainly serve to attract sporting events and tournaments while not hindering the green space and naturistic feel of the site itself. “The convention center in Virginia Beach is ten times this size,” he noted.

Noting that the Outer Banks lacks larger indoor facilities, Nettles offered that this space could accommodate ongoing shows and events, including Taste of the Beach, Dare County Arts Council events, car shows, the Outer Banks Association of Realtors events and more. Another proposed aspect of the concept was an incubator/test kitchen for high school students to train and work in, serving perhaps as a “junior Johnson & Whales.” 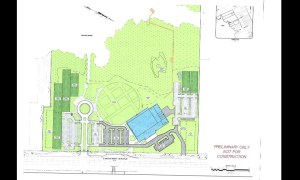 Pointing out that outdoor functions are subject to space limitations, weather restrictions and high infrastructure costs, Nettles explained that there is now a need in the community for such an indoor space. “We want this center to give the community something that it doesn’t have already and we want to help, we don’t want to hurt,” Nettles said.

Due to the current Nags Head ordinances, some aspects of the proposal would not meet code, calling for amendments to be approved if this concept were to make its way before the board of commissioners. Building sizes in the town are limited to 20,000 square feet with a cutoff height of 42 feet. The proposed concept center reaches 45 feet with 28,300 square feet more structure.

The presentation from Nettles regarding the conceptual center led to the discussion of a possible additional structure: a hotel. Nettles shared that after reviewing several studies, all had resulted in the best ROI when it came to an event center/hotel combination. The center would be “more economically viable” if a hotel was present alongside it. In the same breath, Nettles outlined the cons of building a hotel: more septic needed, a public subsidy of some kind, loss of green space and a stab at the Outer Banks Hotel/Motel Association, which is also a stakeholder.

Outer Banks Hotel/Motel Association representative Jamie Chisholm chimed in with her issues regarding a hotel and the Johnson Consulting feasibility study: “In looking at the study as presented, there are revenue assumptions that impact demand projections that frankly scare me.”

Chisholm noted that about 40% of her budget for hotels/motels in the association is set aside for meeting space. Therefore, the concept of having an event center plus hotel would directly, and negatively, impact the already established hotels. She noted that the suggested rental rate of ten cents per square as suggested in the Johnson study would undervalue and undercut its neighbors anywhere from 68% to 98%.

Other members who spoke during the discussion shared the same concerns as Chisholm when it came to a hotel. As for the conceptual event center, everyone agreed they were in favor of the idea. “The concept to me as presented without the hotel feels more Outer Banks,” said Ivy Ingram, Kill Devil Hills town commissioner and board member. “I think it will be of benefit to all of the businesses on the Outer Banks from October through June,” added Bambos Charalambous of the Outer Banks Chamber of Commerce.

With that, Charalambous motioned to approve the event center concept with a second from Town of Duck councilmember Monica Thibodeau, allowing Nettles to bring this idea before the Dare County Board of Commissioners at their meeting which will take place on August 2.