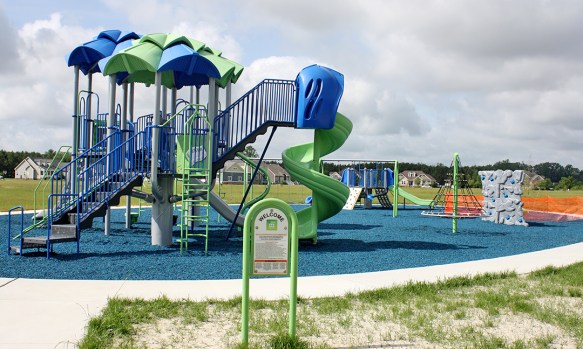 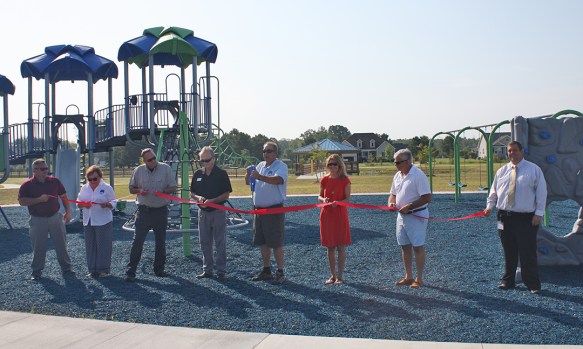 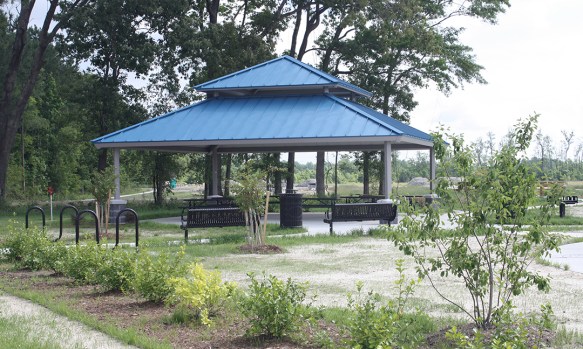 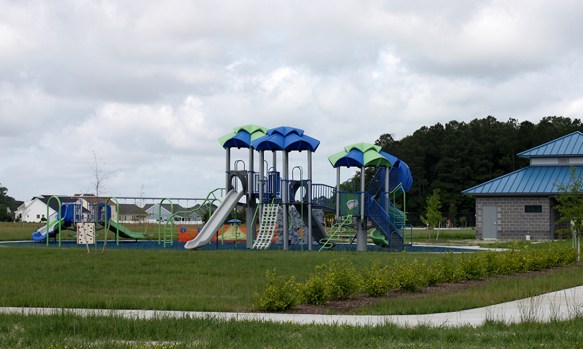 The park is located at 219 Arrowhead Lane in Moyock and features pickleball courts, a children’s play area, natural playground, picnic pavilion, gazebo and restroom facilities. More than 4,000 feet of paved walking paths and footbridges connect nearby neighborhoods in the growing Moyock area.

“The great thing about Shingle Landing Park is it’s connectivity to several new developments in Moyock,” said Jason Weeks, Currituck County Parks and Recreation director. “It is in close proximity to hundreds of homes and thousands of people that now have access to a public park by either vehicle, bicycling, or walking. Many people can access the park without the need to travel on a major vehicular thoroughfare.”