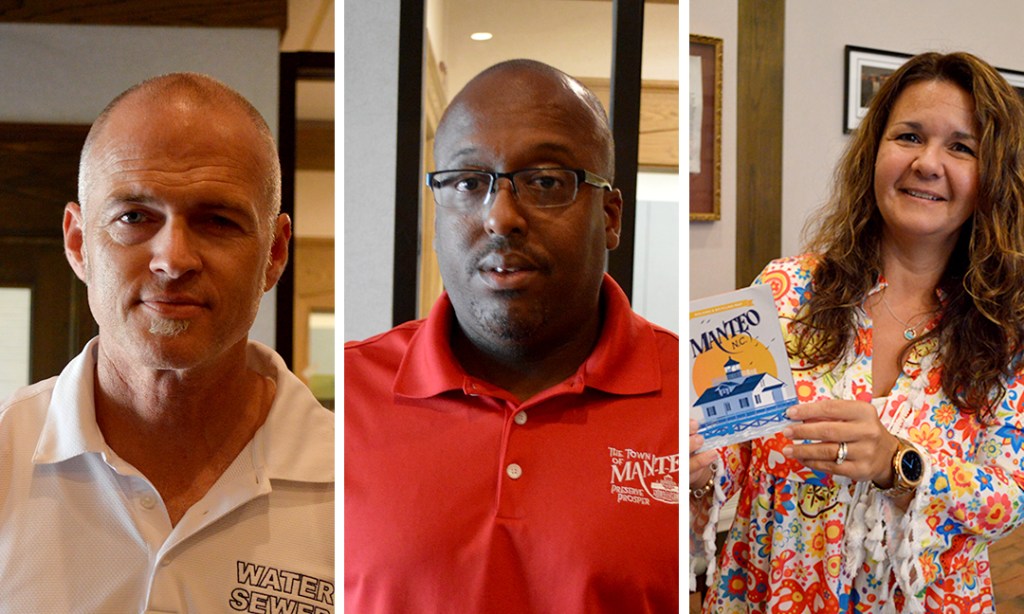 On July 21, Manteo’s Board of Commissioners gathered for a workshop, which featured the town’s staff presenting reports on June governmental activities.

In the first week of June, wastewater treatment plant maintenance was conducted including removal of 294,000 gallons of stabilized sludge by a contractor.

Carl Woody heads this department for Manteo. In June, wifi was installed in the Town Common and an interactive town map was posted to help citizens identify the town’s boundaries.

Manteo will be installing interactive kiosks at three town museums: Roanoke Marshes Lighthouse, the Pea Island Cookhouse and Maritime Museum. Over 200 audio and image files have been received from the Outer Banks History Center. The three kiosks have been purchased.

Upcoming events promoted by the department are Annual Summer One Design Regatta on July 31; the annual Kids Fishing Tournament on Aug. 14; and the Wooden Boat Show set for Oct. 30.

Volunteers worked 144 hours preparing for the sailing camp, replacing a few damaged boardwalk planks and touching up paint on the lighthouse.

During June, 50 boats visited the town’s marina producing $14,000 in revenue. Average length of the boats was 41 feet. Average stay was six nights.

For the fiscal year, 388 boats visited the marina with an average stay of 4.5 nights.

During discussion at the end of the July 21 workshop, Mayor Bobby Owens raised the topic of police salaries, wanting to know if Manteo’s law enforcement officers were paid adequately and comparably to the beach towns.

Commissioner Betty Selby said “we should be able to hold our own.”

She reminded the board that the town’s budget for fiscal year 2021-22 has been adopted and the budget ordinance has been posted on the town website, manteonc.gov.

The department is closing out the fiscal year with the last quarter’s reports.

Preparations for the audit will take one to two months. The schedule calls for working with the auditor starting in August.

Frankie Woodley heads up the public works department, which removed and cleared the debris and vegetation from openings of culverts along the ditch on Agona Street Extended.

Sidewalk repairs included installing steel plated covers over drain outlets leading from Tranquil House Inn to Queen Elizabeth Avenue. To repair the sidewalk at the corner of Budleigh Street and Queen Elizabeth Avenue in front of the candy shop, bricks were removed; an arborist from Roanoke Island Tree Service removed the tree root that was growing under the sidewalk; and then bricks were placed back onto the sidewalk. Additionally, the public works crew ground down the edge of the sidewalk at the Cookhouse.

The crew painted the fence at the rain garden and trimmed hedges at Cartwright Park, Town Hall, the Maritime Museum and along E. Fernando Street.

Michele Bunce keeps up with diverse aspects of town operations.

Melissa Dickerson steers this part of the Town of Manteo government.

The Town of Manteo participates in the National Flood Insurance Program Community Rating System. The town was up for a five year review and renewal. Dickerson reported a letter dated July 9 announced an improved rating for the town. The rating moved from a 7 to a 5. The new rating, effective Oct. 1, 2021, should result in a discount on flood insurance premiums.

The staff is working on Davis Lot improvement and a westside stormwater project.

At the July 21 meeting, the commissioners approved the use of town facilities for the

New World Festival of the Arts, scheduled for Aug.11 and 12. The event is run by the Dare County Arts Council.