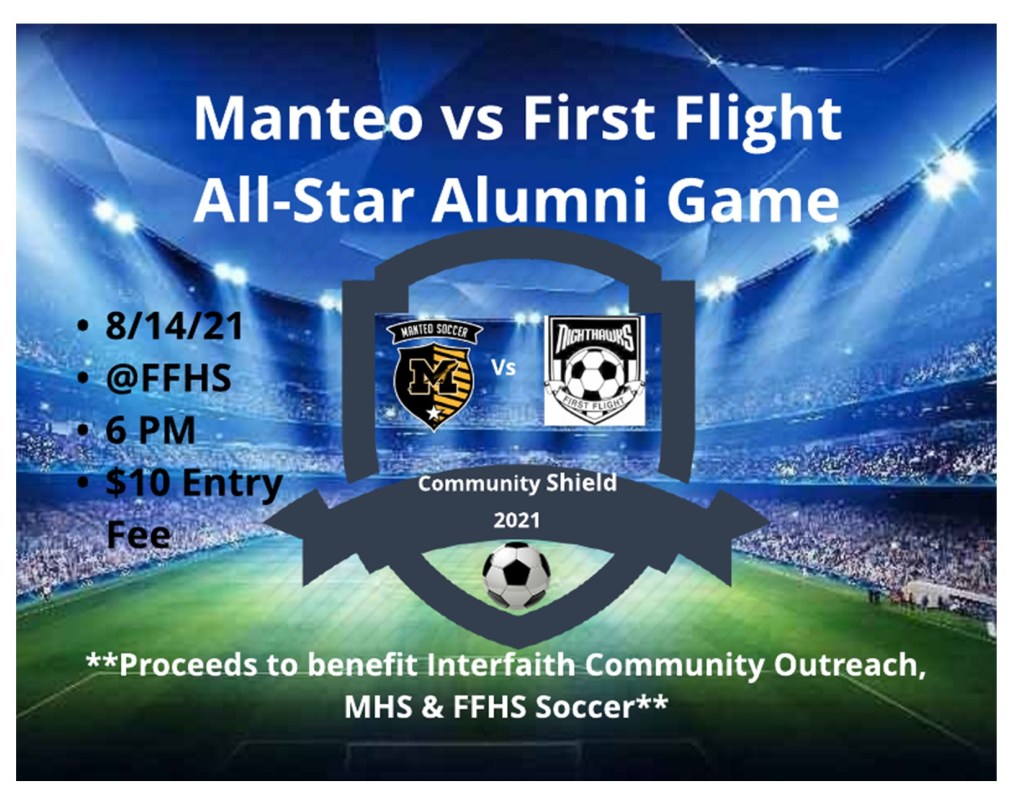 An all-star alumni game featuring men who were former players in the Manteo High School and First Flight High School soccer programs has been set for Saturday, August 14 at 6 p.m. on the FFHS soccer field.

“Games between these two high school teams have always been very competitive,” stated an organizer. “Both teams have won state championships in the past and both teams almost always go deep into the high school playoff tournament.”

There is a $10 entry fee and the concession stand will be open. Proceeds will benefit Interfaith Community Outreach as well as the MHS and FFHS soccer teams.

Bobby Bowden remembered as coaching legend on and off the field