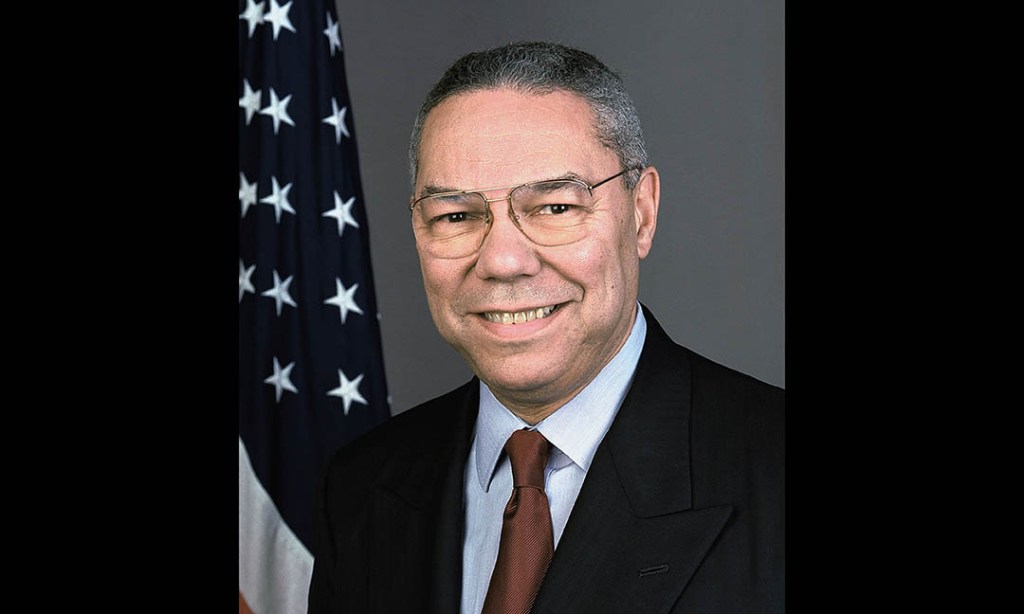 Official portrait of Colin L. Powell as the Secretary of State of the United States of America.

A son of immigrants, General Powell was born in New York City and later became the first African American to serve as U.S. Secretary of State in 2001 under President George W. Bush, stated the announcement from the governor’s office.

“A career military veteran, he served in the Vietnam War and rose to the rank of four-star general in the U.S. Army. He later served as National Security Advisor in 1987 under President Ronald Reagan and Chairman of the Military’s Joint Chiefs of Staff under President George H.W. Bush during the 1991 Gulf War,” the announcement continued. “His military decorations include Bronze Star, Purple Heart, and Defense Distinguished Service Medal with three oak leaf clusters.”

“Secretary Colin Powell led with integrity and honor. We’re grateful for his service to our country, and our prayers are with his loved ones,” stated Cooper.