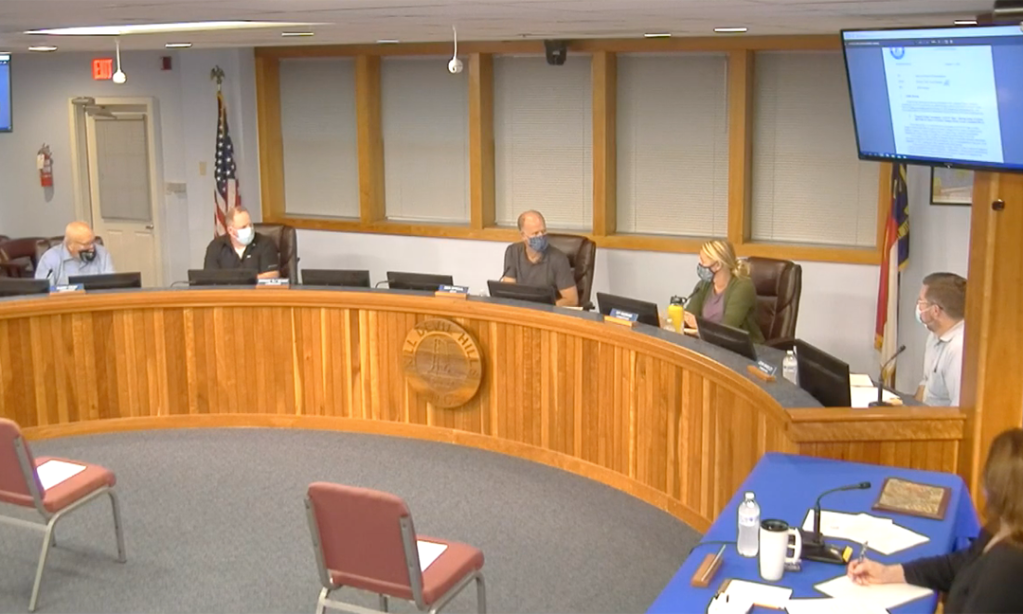 Kill Devil Hills commissioners met for a regular monthly meeting and public forum on Monday, October 11. One public hearing was scheduled to consider a zoning amendment to allow outdoor string lights at restaurants. The request was made by Noosa Beach Grille. Karen Brown, president of the Outer Banks Chamber of Commerce, spoke at the meeting in favor of the amendment.

“I’ve seen them in other areas and they’re friendly and welcoming,” said Mayor Ben Sproul. The amendment passed.

In new business, the board approved special obligation bonds to fund beach nourishment, for the town’s portion and through the FEMA grant program. The board also approved participation in the interlocal agreement with several other nearby towns to save money on beach nourishment expenses. “The county is the contractor for the project and we reimburse Dare County our portion as do the other municipalities,” said town manager Debora Diaz. 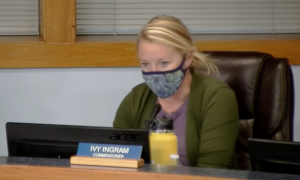 In committee and commissioner reports, Mayor Pro Tem Ivy Ingram shared an Outer Banks Tourism Board press release, stating that because North Carolina has recalculated the way tourism dollars are measured, the Outer Banks saw $1.4 billion in tourism spending in 2020. Decline was only 2 percent in 2020 compared to 40 or 50 percent in other top destinations. That equals $123 million generated in state and local tax revenue. “A third of the jobs in Dare County are tourism jobs,” Ingram said. Because the area is so dependent on tourism, she suggested they review oil rig safety on a more scheduled basis in light of the oil spill in California and how that has affected tourism in places like Huntington Beach.

During the public forum, which happens twice a year, one community member expressed concern over the large 18-bedroom homes being called “single-family homes” particularly after the house fire that affected neighboring properties. While commissioners said they could not restrict the size of the rebuild – which legally is allowed to be the same size as it was before the fire – they did say that they are working to incorporate fire safety measures to keep the community safe.