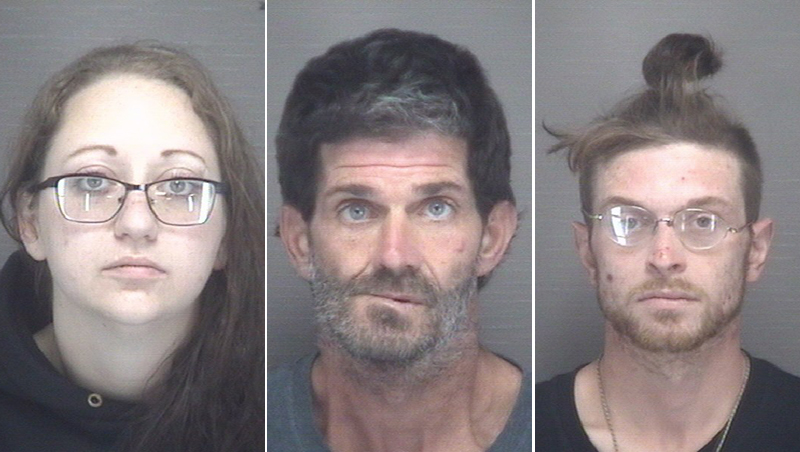 On Sunday Dec. 26, 2021, the Southern Shores Police Department received several calls in reference to a wanted person, Tahnee Raquel Musick, 32, of Elizabeth City, who was seen in Southern Shores.

Officers saw Musick get into a vehicle and travel south on S. Dogwood Trail. Musick was the rear seat passenger, reports the Southern Shores police.

Officers stopped the vehicle on S. Dogwood Trail near Pintail Trail. Musick gave officers a fictitious name at first, according to SSPD. The driver, Steven Bass, 31, of Hertford, had a revoked license. The front seat passenger, Aaron Harvell, 50, of Shawboro, had an open beer can at his feet.

All subjects were removed from the vehicle. Musick was arrested and the others detained.

A K-9 officer from the Nags Head Police Department arrived and a positive alert was made for the presence of narcotics, stated SSPD.

A search of the vehicle was conducted and SSPD reported that several syringes where found under the driver’s seat along with a set of digital scales, a Ruger LCP 380 caliber pistol was found in the back seat hidden in a tool box and several syringes, a metal spoon and a container with baggies with powder residue inside were found in Musick’s purse.

Musick was arrested on the warrant for conspiracy to sell/deliver heroin from Southern Shores Police and a Pasquotank County probation violation along with charges of resist, delay and obstruct and possession of paraphernalia.

Steven Bass was arrested and charged with DWLR and possession of paraphernalia. Bass will be charged at a later date for stealing the power tools, reports Southern Shores police. His next court appearance will be Jan. 28. He requested a public defender.