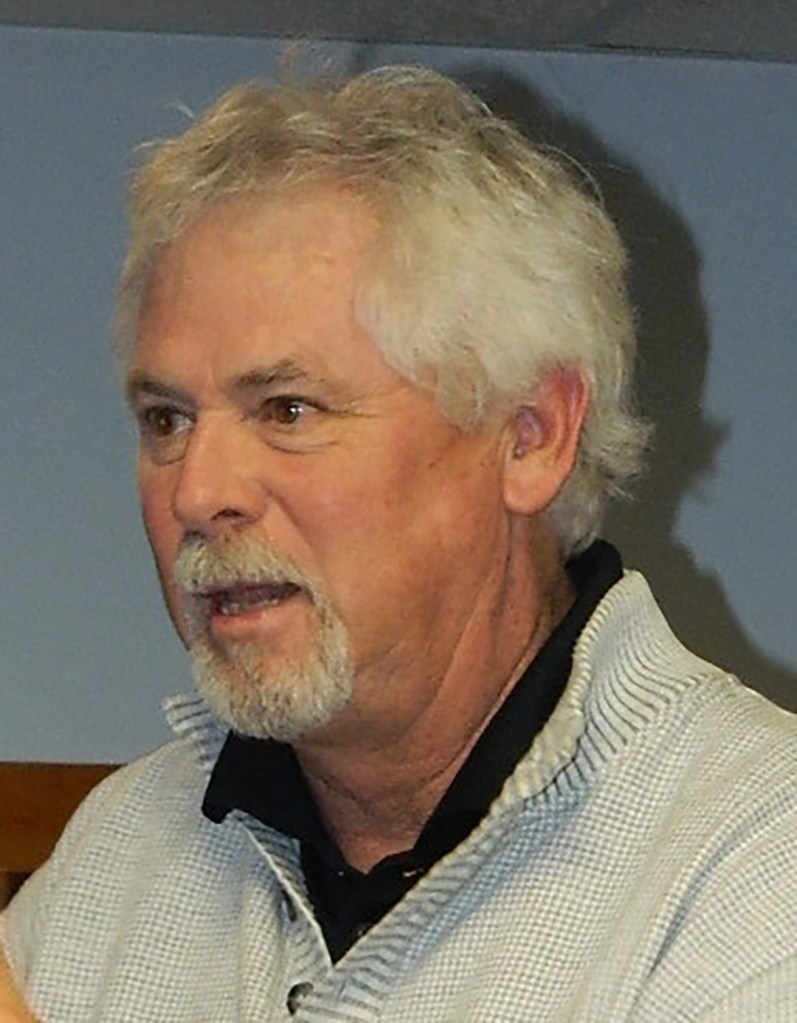 Nelson V. "Skip" Jones Jr. was selected Monday to fill Kill Devil Hills Board of Commissioners seat left vacant when former commissioner Brandi Rheubottom moved to Currituck County. In November, a pool of eight candidates had been narrowed down to two – Jones and Colleen Almoney – with the board unable to reach a consensus between the two. Jones won a coin toss for the position at the December 10 board meeting. Philip S. Ruckle Jr. photo

Nelson V. “Skip” Jones Jr. won a Monday night coin toss for a seat on the Kill Devil Hills Board of Commissioners.

Unable to reach a consensus in November between two candidates on who should fill the seat vacated by former commissioner Brandi Rheubottom, Kill Devil Hills commissioners decided to delay any further action until the December 10 meeting.

With a near capacity crowd watching, Mayor Sheila Davies confirmed that there was no position change for coard members from the November meeting, where each candidate – Jones and Colleen Almoney – received two votes.

“We are left with a deadlock,” said Davies. “Do we leave the seat vacant or do we resolve the tie in some way like a coin toss?”

Terry Gray said he was not in favor of a coin toss, but commissioner John Windley and Mayor Pro Tem Mike Hogan each explained that they had been against a coin toss resolution in November but had changed their minds in favor of reaching a resolution.

“I’m in favor of a resolution tonight,” said Windley. “Leaving it to chance is not the desired way, but the choice is between two winners.”

Davies also agreed that a coin toss was not the preferred way to decide, but that it did allow getting a five member board.

“So after giving it considerable thought, I’m in support of a coin toss because I would like to see us have a fully constituted coard,” she added. “I think Skip or Colleen would serve the town well, so there is no reason not to support a coin toss.”

After a motion from Davies to proceed with a coin toss passed on a 3-1 vote, town attorney Casey C. Varnell had Jones and Almoney draw straws to determine who would make the call. Jones pulled the longest straw and called “heads,” which won the toss.

Town manager Debora P. Diaz then explained the process followed a similar one in Manteo when two candidates there were deadlocked.

“The quandary was who makes the call?” said Diaz. “In football, the visiting team makes the call. So this is what the Board of Elections did, they drew straws to determine who calls the toss.”

With the selection process over, Almoney offered her congratulations to Jones and Jones thanked Almoney for her participation in the process.

Mayor Davies also advised that Jones would be sworn into office at the January meeting.

In other business for the evening, the board also approved a $2,855,000 bid from Landmark Structures to replace the elevated water tank behind the fire station at 1634 North Croatan Highway and perform drainage improvements in front of the fire station, approved a $423,533 bid from Hatchell Concrete, Inc., $363,781.03 for drainage work at the fire station, approved $363,781.03 for construction oversight by American Engineering, authorized $384,622.33 toward US 158 Sidewalk Improvement work near the Dare Centre, 1700 North Croatan Highway, by Hatchell Concrete, Inc., approved a $4,084,250 bid from A.R. Chesson Construction for improvements to the Public Works Complex which includes construction of storage facilities for the town’s solid waste collection and improvements to the Animal Control facility, appointed Mark Evans to the KDH Local Firefighter’s Relief Fund Board, and appointed Clyde Harrell Jr. to the Historic Landmarks Commission position left vacant when Jerry Farless resigned.

Also, a request to remove 2014 North Virginia Dare Trail from the beach nourishment Municipal Service District was scheduled for a January 14, 2019, a public hearing and a 2019 Board of Commissioners meeting calendar was set, with meetings beginning at 5:30 p.m.