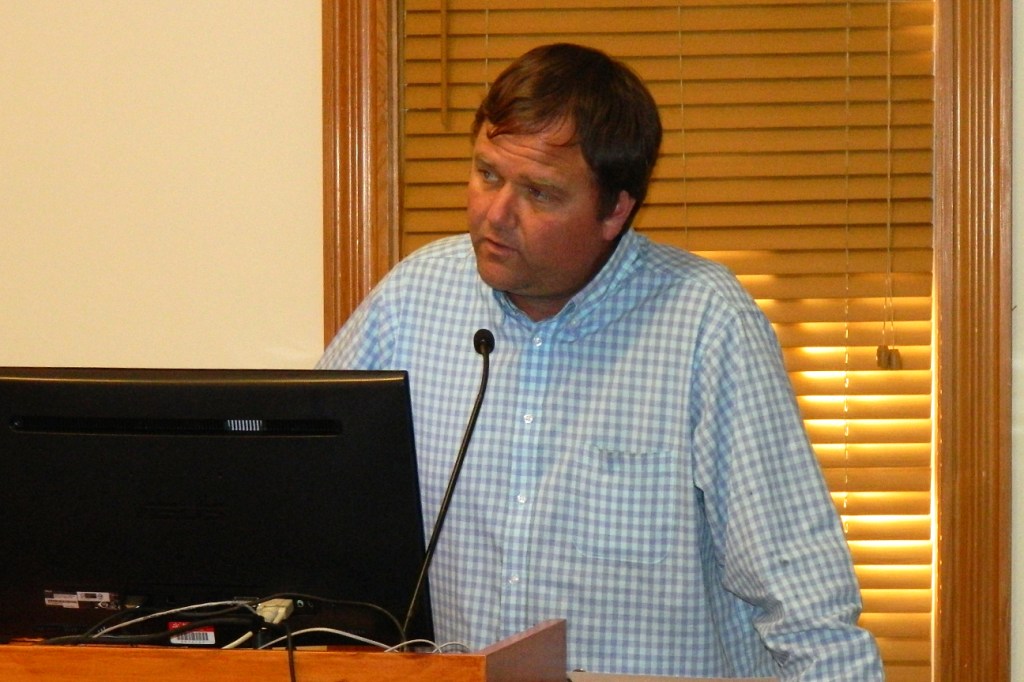 In response, Mayor Gary Perry advised the town intends to do exactly that.

“Included in the consent agenda is a repair package for that area,” said Perry.

The mayor went on to say that Kitty Hawk bought a second pump and while that will not fix everything, it should be a major help. 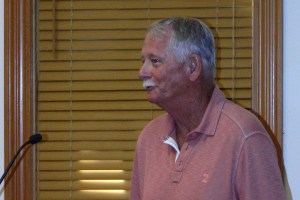 In addition to having a second pump available, the Rabbit Hollow project includes installing about 300 feet of drainage pipe between 3600 and 3608 North Croatan Highway that should mitigate the amount of standing water on the east side of Rabbit Hollow by diverting excess rainwater to a ditch line and outfall along Croatan Highway.

Following the lone public comment by Baskette, council passed a consent agenda with $24,000 dedicated for Rabbit Hollow area drainage improvement work; $17,500 for the purchase of an 8-inch dewatering pump; $29,315 to purchase a license plate reader authorized by council in January; receipt of a $25,015 FEMA grant to cover Hurricane Dorian damage expenditures; approval to apply $75,000 from fund balance to cover bathhouse remodeling change orders with Godfrey Construction, LLC.; approval for $19,563 from fund balance to be used to cover demolition of three cottage court structures located at 4240 N. Virginia Dare Trail; receipt of a $7,700 Unauthorized Substance Tax distribution allocation; approval to apply $50,000 toward contracts with Coastal Protection Engineering for post-Hurricane Dorian repair grant application, repair project and post-construction monitoring; a resolution adopting the Outer Banks Hazard Mitigation Plan; an audit contract commitment with Dowdy and Osborne in the amount of $18,500 each year for three years and a separate contract with Anna McGinnis, CPA for approximately $2,000 each year to write the financial statements for the town; and approval of the May 4 meeting minutes.

Stewart said a lot of uncertainties due to COVID-19 have resulted in reduced revenues. The result is a bare bones budget with about $744,000 coming from the fund balance.

“There are no extras in this budget,” said Stewart. “Because the town has been fiscally responsible, it has built a cushion to draw from.”

Stewart explained that Dare County’s revaluation process gives the town a revenue neutral tax rate of $0.02982, which is rounded up to an even 30 cents.

“It may seem like a tax reduction from the previous rate of 34 cents,” added Stewart, “but calculation is on the rate per $100 of total estimated real valuation, so a revenue neutral tax rate results in the same amount of money being generated.”

The Municipal Service District amount of $0.01026 is rounded down to 10 cents for the MSD.

After no comments during the public hearing, a motion to schedule a June 8 vote was approved.

The motion complies with the required 24 hours for written comments after the meeting for anyone listening by telephone or watching the live stream.

Moving to new business, council reappointed Bryan Parker and Dusty Rhoads to regular Planning Board positions with terms that expire June 2022 and then reappointed John Richeson and Bryan Parker as chairman and vice-chair, respectively.

Other action for the evening included amending the town’s employee health benefit policy to allow retirees to continue under the Local Government Employees Retirement System and purchase coverage for a spouse. Stewart said there would be no extra cost to the town since coverage purchased for a spouse would be the same amount the town pays.

It was also announced that introductions for a new police officer and new fire captain would be rescheduled since both were still tied up at a Virginia Dare Trail house fire at the meeting time.

Council then entered a closed session in which members met with the town attorney to discuss a class action legal matter brought by Joseph E. and Linda C. Blackburn against Dare County and the towns of Duck, Kitty Hawk, Nags Head, Kill Devil Hills, Manteo and Southern Shores with no action taken during the closed session.

The meeting was then recessed to 9 a.m. on June 8 for the adoption of the FY 20-21 budget ordinance and related documents, a design and engineering agreement with Coastal Protection Engineering for the 2022 beach renourishment project and the review of and possible action on any COVID-19 pandemic matters.

April unemployment rate in Dare highest in state at…