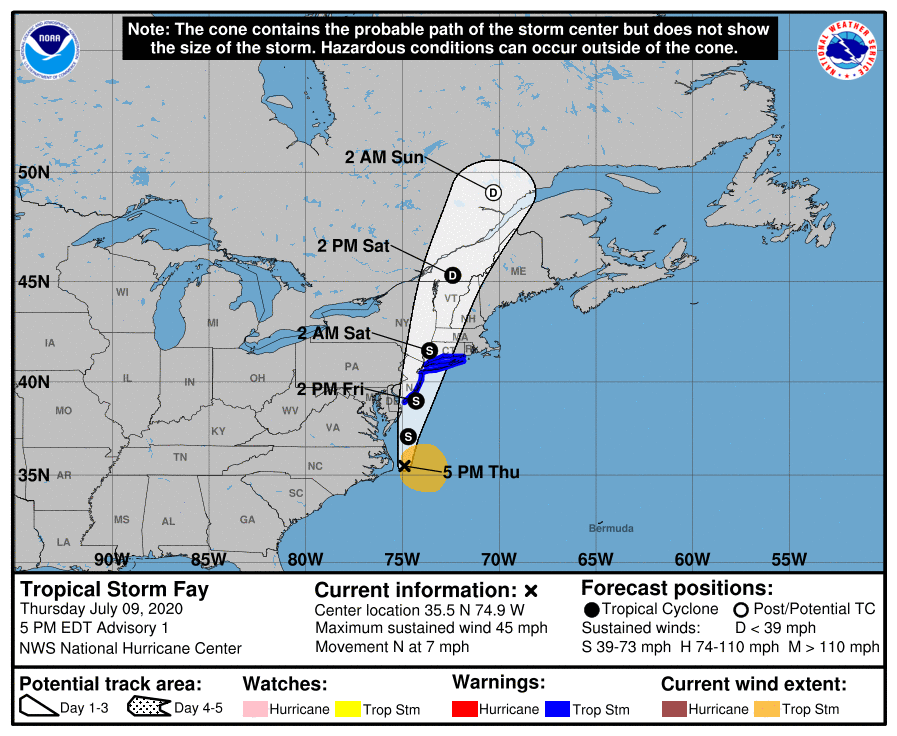 Tropical Storm Fay, the sixth named storm of the Atlantic hurricane season, formed off the North Carolina coast on Thursday and is expected to bring heavy rain and gusty winds to parts of the mid-Atlantic coast and southern New England.

Reconnaissance aircraft put the center of Fay approximately 40 miles (65 kilometers) east-northeast of Cape Hatteras, the U.S. National Hurricane Center in Miami said at 5 p.m. The storm was moving to the north at 7 mph (11 kph).

For the Outer Banks area, a Beach Hazards Statement for dangerous rip currents remains in effect until 8 p.m. Thursday. Some areas may experience heavy downpours at times that could produce localized flooding, according to the National Weather Service.

According to forecasters, Fay will experience slight strengthening into Friday before it weakens as the center moves inland.

It is the earliest sixth-named storm on record, according to Colorado State University hurricane researcher Phil Klotzbach. The previous record was Franklin on July 22, 2005, Klotzbach tweeted.

Two named storms formed before the official start of the hurricane season June 1. None of this season’s previous five named storms strengthened into hurricanes.