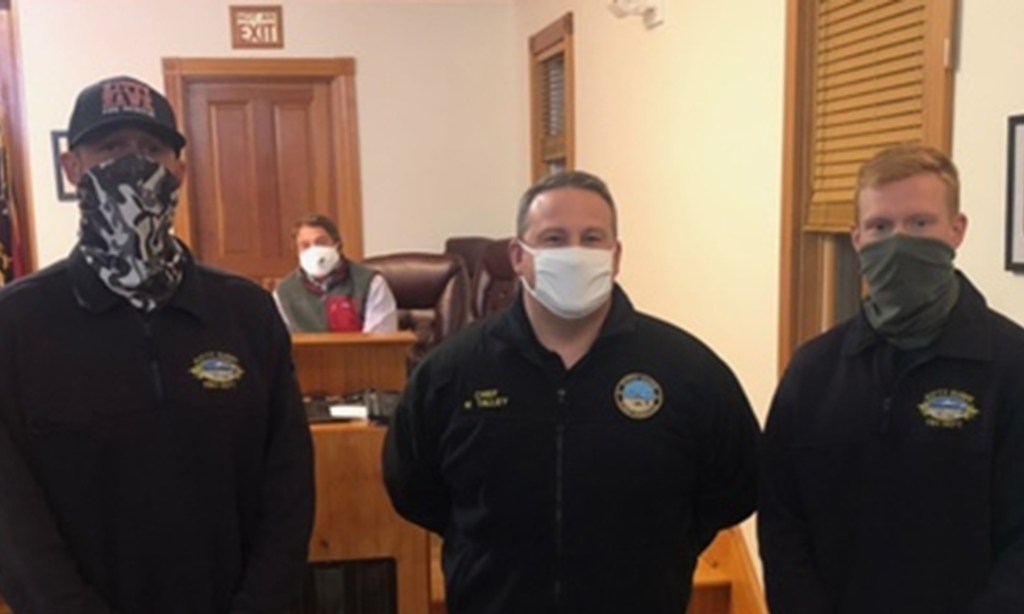 According to Kitty Hawk Fire Chief Mike Talley, after working as part-time members of the department, Caleb Chik and Henry Hardison have now become full-time employees. Both are Dare County natives and were on hand to help battle a recent house fire.

During his comments, Mayor Gary Perry read a letter from Barbara Brown thanking the Fire Department for a quick response to a Sunday fire at her residence. Perry said he drove past the site and although there was considerable damage, the entire building did not burn down.

Moving swiftly through the agenda, council approved minutes from the January 4 meeting, financial statements through December 31, a $4,093 insurance claim refund for a Police Department vehicle involved in an accident with a deer and a resolution calling for a shore protection project water resources grant as part of the process to receive $1,408,247.19 from the State of North Carolina for beach renourishment.

Also approved was a LSI Marine Construction LLC bid of $129,912.60 to develop a connector trail in Kitty Hawk Woods.

While grant funds do not cover 100 percent of the project, Stewart said the parking, restrooms and other amenities at Dare County’s Kitty Hawk Park and the nearby Sandy Run Park on The Woods Road will make the trail a welcome recreation addition.

“We hope to have work completed by this summer,” Stewart added. “And we will bring back updates to council as work progresses.”

During public comments, there were two speakers in opposition to developing Hurdle Street.

Cheryl White said she and her husband own beach property near Hurdle Street at the 3700 block of North Virginia Dare Trail and after placing sand fencing and planting sea grass there, the dune has grown and now offers protection to area homes. Her concern was that developing a street would destroy the dune.

Also speaking against developing Hurdle Street was John Howton, who said he felt the project would cause ecological damage to the area.

Although Hurdle Street development has been discussed at a Recreation Committee meeting as a possible solution to area parking needs, to date there has been no specific action recommended to council.

More than just a resolution: The Mediterranean way of eating