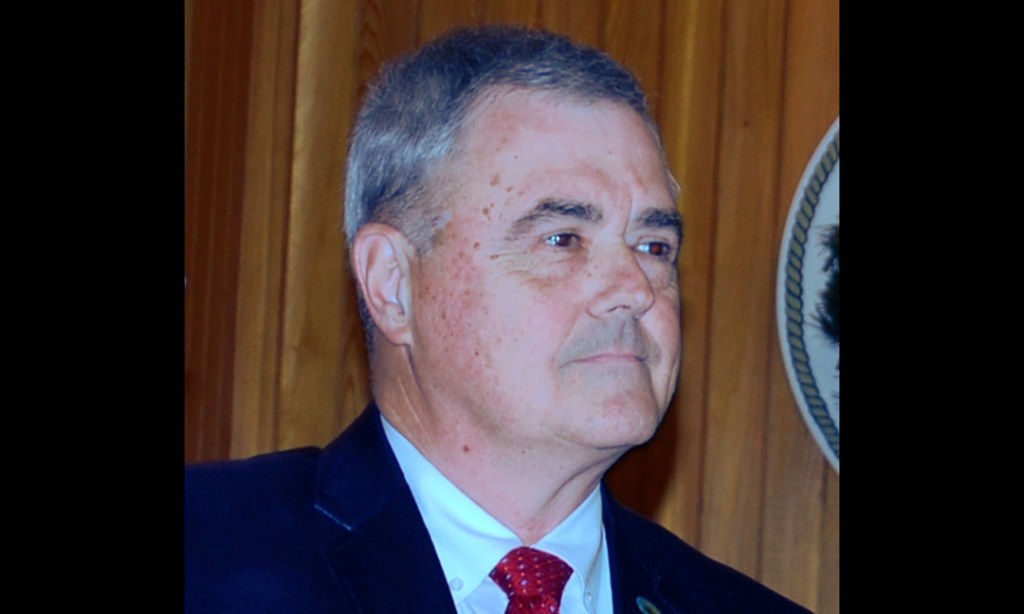 Craig Garriss has informed The Coastland Times that he will be running for mayor of Kitty Hawk in November.

Following an announcement by Gary Perry earlier this month that he will not be running for reelection, Garriss said he considered it an honor and a privilege to be able to lead Kitty Hawk.

Elaborating on his decision to run, Garriss said there are several big projects already underway with others in the planning stages that he would like to see through.

“We have beach nourishment coming up, a new fire truck to purchase and a new police station we hope to break ground for by the end of the year,” he explained. “Another challenge is the issue of limited beach parking available in our town.’

Garriss went on to say that while Kitty Hawk has a great working relationship with other Dare County towns, he didn’t see any reason he couldn’t help make it better.

“I have a lot of respect for Mayor Perry,” said Garriss. “I think he has done a great service for Kitty Hawk and we have a lot to thank him for. I also know that if elected, I will have some big shoes to fill. But I very much look forward to the challenge. We have some big projects in front of us and I would like to see those projects completed as the Kitty Hawk mayor.”

He also says he is confident he has the right experience needed to be the next mayor of Kitty Hawk.

In addition to serving on the Kitty Hawk Town Council since 2013, Garriss was selected as mayor pro tem in 2015, 2017 and 2019, spent time on the Board of Adjustment and was vice chair of the Planning Board. All of which came after retiring as a North Carolina Highway Patrol lieutenant with 30 years of service, 12 of them in Dare and Currituck counties as sergeant and first sergeant. He has since retired as major of Vidant Company Police with 10 years of service there.

A graduate of Northwestern University Traffic Institute School of Police Staff and Command, Garriss was Hertford Volunteer Fire Department Firefighter of the Year, Perquimans County Jaycees Law Enforcement Officer of the Year and awarded the Order of the Long Leaf Pine in 2009 by Governor Beverly Perdue.

Not one to sit around, Garriss currently serves as the Kitty Hawk representative on the Government Education Access Channel Committee (Current TV) and has been a criminal justice instructor at the College of The Albemarle Basic Law Enforcement Training program since 1995 and is a qualified assistant to help run the BLET basic schools.

“I’ve never really stopped working,” he said with a chuckle.

The first candidate to announce a campaign for mayor, Garriss lives on Birch Lane in Kitty Hawk, is married with three daughters and one granddaughter and is a member of Kitty Hawk United Methodist Church.

Filing for the Tuesday, November 2, 2021 municipal election will open July 2. The voter registration deadline for that election is 5 p.m. on Friday, October 8.